Five students and a teacher drowned in river Krishna, AP

The tragedy occurred when they went for a bath in the river after completing their day classes. The bodies were later fished out of the river.
FPJ Web Desk 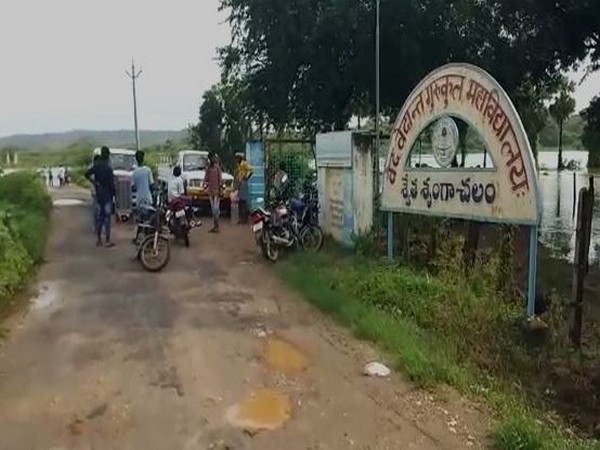 Amaravati: In a bizarre incident, five students and a teacher of a Vedic school drowned in river Krishna in Gunntur district of Andhra Pradesh on Friday evening.

The tragedy occurred when they went for a bath in the river after completing their day classes. The bodies were later fished out of the river.

The students have been identified as Shiva Sharma (14) of Madhya Pradesh, Nitish Kumar Dixit (15), Harshit Shukla (15), Shubham Trivedi (17) and Anshuman Shukla (14) of Uttar Pradesh.
The teacher was K Subrahmanyam (24) of Narsaraopet in Guntur district.

It is suspected that the students were inadvertently caught in a whirlpool in the river and drowned.

The five wards have been undergoing Vedic education at the Sweta Sringachalam Vedic School at Madipadu in Atchampet mandal for five years now. Students from various states of the country come here for Vedic education and it's a routine for them to regularly take a dip in the river.

The Governor extended his condolences to the bereaved families.

The Education Minister spoke to officials of the department and obtained details about the incident.

It was a very unfortunate tragedy; the minister said in a statement and conveyed sympathies to the bereaved families.