Rajkumari, said that education was the main issue, they cast their vote on and whosoever comes to power should ensure that children get the best of education.

New Delhi: Development of education and health infrastructure, cleanliness and better civic amenities are among the issues that voters in the national capital voted for on Sunday during the high-stake Municipal Corporation of Delhi (MCD) elections.

Polling started at 8 am and will continue till 5:30 pm. The votes will be counted on December 7.

Over 1.45 crore electors are eligible to exercise their franchise in the elections to the 250 wards of MCD, the results of which may have ramifications beyond the national capital.

Manoj Gupta, resident of Lajpat Nagar said, "when I came to cast my vote, I came with a clear mind and that was to vote for development of our area and enhance the education system here.

47-year-old Aarti Kohli said she is hoping that whoever comes to power in MCD will work for cleanliness issues.

"MCD elections are important because it is fought based on local issues and for me cleanliness is the most important factor. If our areas are not clean, it could lead to diseases like Malaria and dengue and also leads to other issues," she said.

Seventy-nine year old Prithviraj who claims to have never missed voting in an election be it MCD, Lok Sabha or Assembly election said MCD polls could be a local election but after all we who are based in a locality should think for our area and cast our vote accordingly.

"My vote was for maintenance, health and enhancement of school education for children because ultimately they are our future leaders who need to be aware of what is going on in their country," he said after casting his vote at the poling booth in Krishna Nagar. 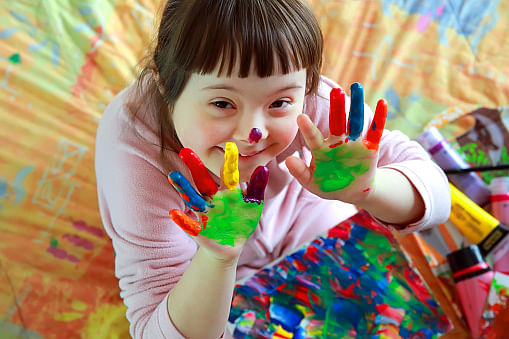 Kanhaiya Lal, who had come to vote at the DDU Marg Pink Booth, said, "we want development vis a vis schools, hospitals and other MCD related facilities. The party that can give us these things deserves to come to.power." Kamal Kishore, a 45-year-old resident of Mata Sundari Road, claimed that the condition of MCD schools and hospitals is really in a bad state.

"We want that there should be improvement in their state and children studying in them should get better facilities. The economic status should not be a bar for it. That is the issue I have voted for."

Rajkumari, said that education was the main issue, they cast their vote on and whosoever comes to power should ensure that children get the best of education.

"The job of MCD is to keep the streets and roads clean. There should be focus on cleanliness and hygiene." The MCD election is largely being seen as a three-way contest among the AAP, the BJP and the Congress.

Both the AAP and the BJP have exuded confidence that they will emerge victorious in the polls while the Congress is seeking to regain lost turf.

This is the first civic election after the fresh delimitation exercise, and the poll is being held days after the first phase of the Gujarat assembly elections, and a day ahead of its second phase.

Anguished over the state of his locality in Lajpat Nagar, 48-year-old Raminder Singh said, this time he ensured not only him but also the neighbours of come to cast vote.

"Since past few years, there has been no work done when it comes to cleanliness and road are in pathetic condition. We public have been taken for granted. They come asking for votes but after being elected, all we get is uncleanness and pathetic roads," he said.