Student protests have erupted often in Beijing and Tianjin universities

China: Protests have erupted in several of China's schools and universities as unemployment in Chinese cities has risen significantly, particularly among educated young people who are unable to find work.

The protestors' displeasure with the authorities and society has escalated dramatically. China's unemployment rate has grown, and the country's society and system are in flux. Due to the epidemic's closure, rising unemployment, and social instability, student protests arise often in China's colleges and universities. Students from Tianjin University conducted a rally and demonstration on the evening of May 26 because they were displeased with the government' harsh epidemic prevention efforts, shouting "Down with bureaucracy!"

There was also a protest at Nankai University, which is nearby. Students at Beijing Normal University marched on campus on May 24 to protest the "Zero-COVID" policy. Protests erupted at the China University of Political Science and Law on the evening of May 23.

Peking University students gathered on campus on the evening of May 15 to protest these regulations, which have significantly harmed their career prospects.

Student protests have erupted often in Beijing and Tianjin universities. It's possible to imagine how far social unhappiness has progressed. The Chinese Communist Party (CCP) is fearful of a rerun of the Tiananmen Square Student Movement on June 4, 1989.

The Chinese economy has self-destructed as a result of "zero" pandemic prevention, and the kids are in excruciating anguish. The country is in tatters, and people are fleeing as large-scale technology enterprises and laid-off workers are purged by the government one by one.

Small and medium-sized businesses (SMEs) are also fighting to stay afloat. Stores, cinemas, factories, service sectors, and schools were all forced to close due to the lockdown, which detained customers, workers, created logistical mayhem, and even shut down the economy. As a result, unemployment and social unrest are on the rise. 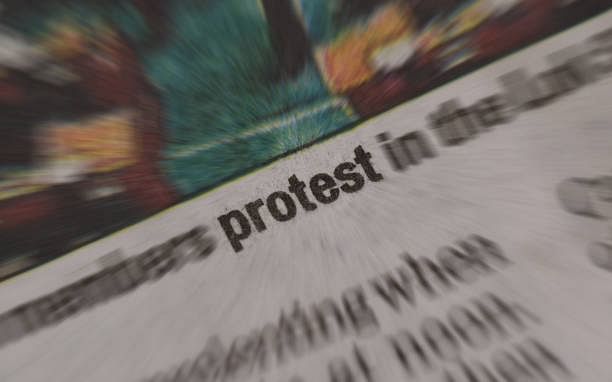