Bomb threat emails to Bengaluru schools tracked to Syria, Pakistan |
Follow us on

The hoax bomb threats sent to more than 14 foreign schools in Bengaluru have been traced to Syria and Pakistan, in a major step.

On Saturday, police sources investigating the issue verified that the emails sent to the schools originated in Syria and Pakistan.

The police authorities have taken the development as an act of terrorism and cyber warfare against the nation.

The case in this regard has been registered under the Information Technology (IT) Act 66 (F). The act is clamped on an individual whoever with an intent to threaten the unity, integrity, security or sovereignty of India or to strike terror in the people or any section of people.

Chief Minister Basavaraj Bommai said that he will speak to the Commissioner of Police, Bengaluru in this regard.

"I don't have any input regarding the development. But, serious action will be initiated against the culprits," he said.

"These incidents are taking place to disturb the peace in the society. Such a development had taken place last year and before that year as well. We will investigate the matter. If there is an email, its origin could be tracked to find out from which country it has originated," CM Bommai stated.

"There are few instances where our officers have taken action in such cases and arrested the accused after consulting authorities of respective countries," he said.

The state police are investigating the case in coordination with Central agencies. They have written about the incident to central investigating agencies and authorities. The vital information regarding the case is being collected on technical analysis, police said.

The officers suspect that the emails had been sent by radical elements against the backdrop of series of developments such as hijab row, halal row and ban on Muslim merchants in the state temple.

Miscreants had sent bomb threat for more than 14 international schools situated on the outskirts of Bengaluru on April 8 triggering panic and concern among parents, children and people of the state.

The bomb threats were sent to the official email ids of the schools.

Read Also
33 killed in another mosque bombing in Afghanistan's Kunduz 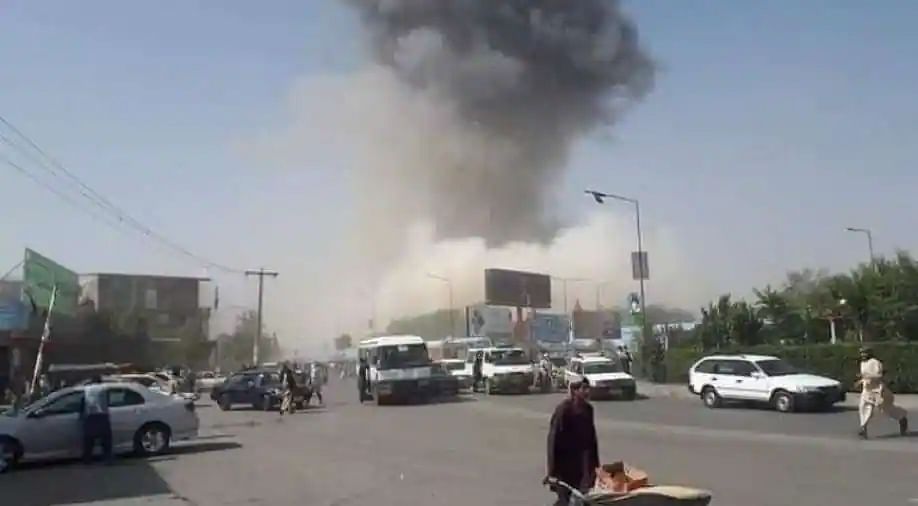