The accused was allegedly pressurising the girl to be with him in an extramarital relationship.

Chandigarh: Chandigarh Police has arrested a 25-year-old Bihar native for allegedly strangulating to death an 18-year-old school student at her residence in Burail, police said on Wednesday.

According to police, the accused, identified as Mohammed Sharik is married and was allegedly pressurising the girl to be with him in an extramarital relationship.

When the victim, aged 18 years, became aware of his married status, she refused to entertain him and stopped talking. Police said that incensed with this the man allegedly killed her.

Officials said that they arrested the accused from the Sector-43 bus stand while he was trying to escape after the murder. 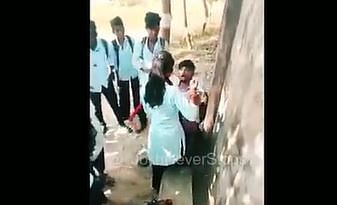 The class-12 student, lived with her mother and younger brother in a rented house in the same area where the accused lives.

The two were in touch, but the exact reason behind the girl's murder is not known yet, police said.

The incident was reported on November 19 when the victim's brother had gone to school, and her mother -who works as domestic help, had gone out for work.

Upon his return home in the afternoon the deceased's brother found the door of the house open and found her lying unconscious on the bed.

He called up his mother, and the girl was taken to a hospital with the help of their neighbours where doctors declared her brought dead.

Following this, the police were informed, and the body was sent for a post-mortem examination.

"The accused was caught on the basis of CCTV footage of the area as he was seen going and coming out of the girl's house. Prima facie it appears to be a case of a one-sided affair, but things will become clear only after the probe and post-mortem report," DSP Ram Gopal said while adding that the accused was also being questioned.

Police also suspect that the accused raped the girl before strangling her to death. The accused, a native of Bihar, works at a restaurant as a food delivery boy, officials said.