Several students are said to have suffered injuries in the clash wherein stone pelting purportedly erupted.

New Delhi: Amit the reports of power cut at the Jawaharlal Nehru University (JNU) campus minutes prior to the screening of BBC documentary on Prime Minister Modi, clashes erupted on the campus. A video reportedly from the JNU campus emerged on social media from the clash site on Tuesday. Several students are said to have suffered injuries in the clash wherein stone pelting purportedly erupted.

In the video, people can be seen clashing and hurling abuses at one another. Some people are also heard trying to break the fight and asking people to stop. Due to lack of light not much is visible in the video.

The Jawaharlal Nehru University Students' Union (JNUSU) had organised a screening of the documentary inside the premises.

However, JNUSU President Aishe Ghosh was seen distributing QR codes to students gathered at the venue so that they could watch the documentary on their phone.

JNU administration had cancelled the event

Earlier in the day, the Jawaharlal Nehru University administration had cancelled the screening saying they were concerned that it "may disturb the peace and harmony" in the campus.

"It has come to the notice of the administration that a group of students have in the name of JNUSU released a pamphlet for screening a documentary "India: The Modi Question" scheduled for 24th January 2023 at 9:00 pm in Teflas.

"No prior permission for this event has been taken from the JNU Administration. This is to emphasize that such an unauthorised activity may disturb peace and harmony of the University Campus.

"The concerned students or individuals are firmly advised to cancel the proposed programme immediately, failing which strict disciplinary action may be initiated as per the University rules," read the advisory issued by the college administration. 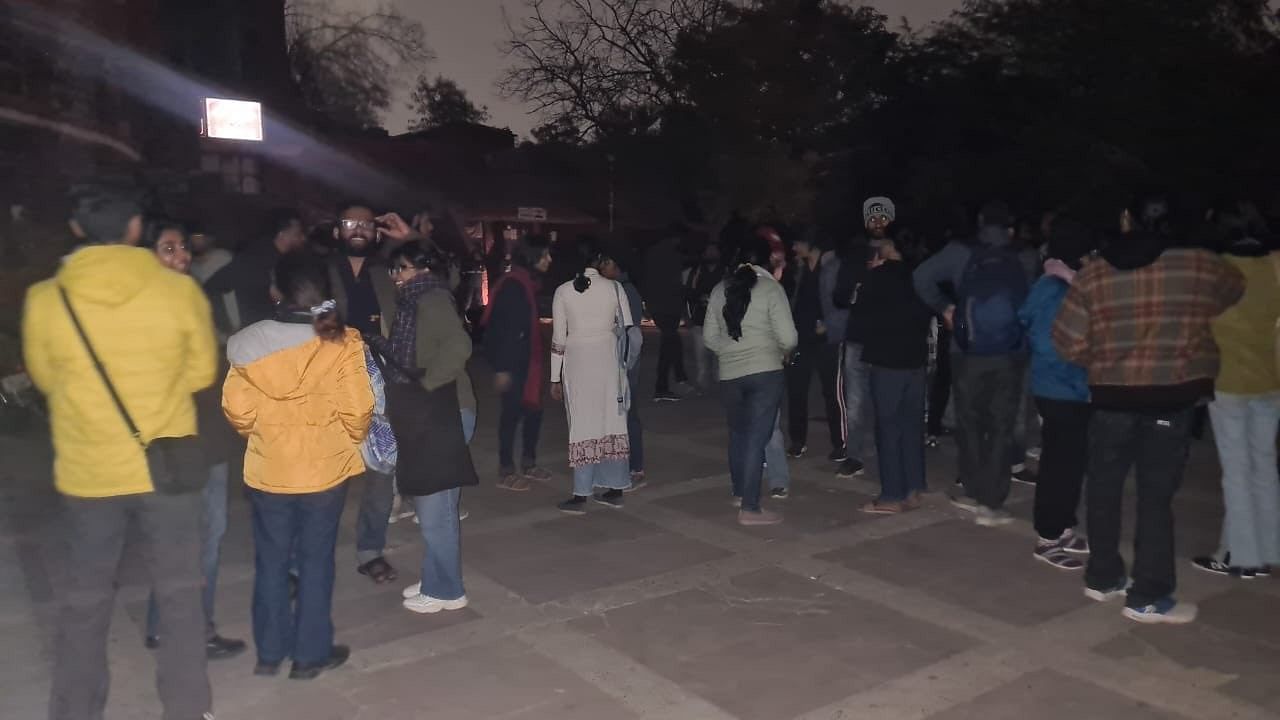