The Chief Minister visited the historic Cotton Collegiate Govt HS School, Panbazar, Guwahati to inspect its current condition and prospects of replacing the old building with a new one.

Guwahati: Assam Chief Minister Himanta Biswa Sarma on Sunday said that the state government will spend Rs 5,000 crore for the infrastructural development of 1000 government schools in the state.

"Today, I visited 5 government schools in Guwahati. I will visit five more schools next Sunday or in the coming days. We want to convert 1,000 High Schools and Higher Secondary Schools in the state into 'New Day's Schools'. Classrooms from Class 1 to 12 will be there, the playground will also be there. Our government will spend Rs 5000 crore for infrastructural development of these 1000 schools," he said. 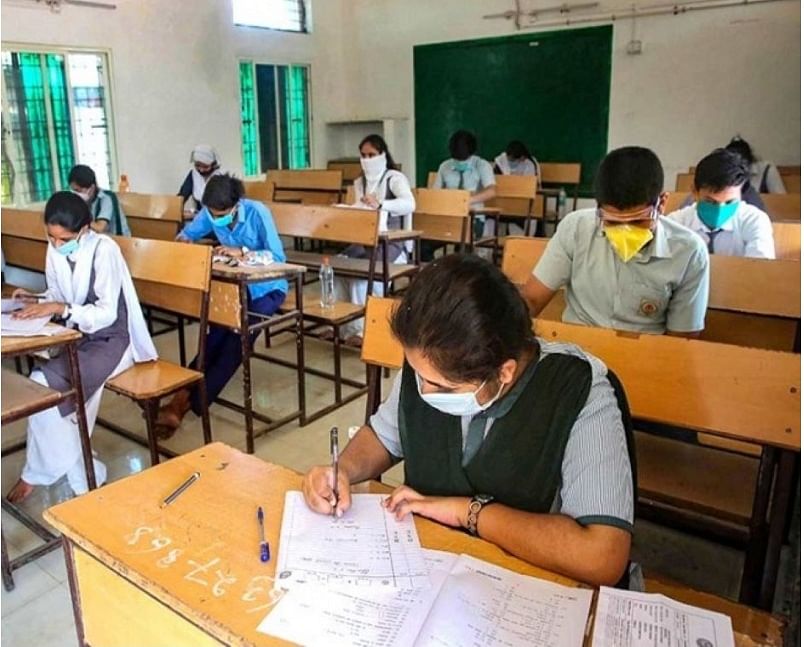 The Chief Minister informed that at the initial stage, the government will start this work in 10 schools in Guwahati and its adjoining areas.

"We are trying to convert educational institutes of our State into centres for human resources development. Visited Sonaram HS School, Bharalumukh, Guwahati to review its physical infrastructure. All Govt schools will get new infrastructure. As a part of this, 10 schools in Guwahati will get new buildings in 1st phase, before 4,000 more schools are covered," Sarma tweeted.

The Chief Minister visited the historic Cotton Collegiate Govt HS School, Panbazar, Guwahati to inspect its current condition and prospects of replacing the old building with a new one.

He directed PWD officials to prepare a design for the construction of a new building.

"Visited Kamrup Academy, Guwahati, and reviewed its infrastructure. Established in 1930, I had the privilege of seeking education from this historical institute in my childhood. The school building will be reconstructed and also get a new auditorium," he tweeted.

"Established in 1945, Tarini Choudhury Govt Girls' HS & MP School has been playing a key role in promoting women's education in Assam. Visited the school to review infrastructure and see the prospects of constructing a new building & auditorium by still having adequate open space," Sarma said in another tweet.