The Lucknow bench of the high court directed the state government to fix the quantum of reimbursement.

On Tuesday, the Allahabad High Court asked the state government to review the reimbursement of fees to be payable to them every year for imparting free education to children under the Right to Education Act.

The Lucknow bench of the high court directed the state government to fix the quantum of reimbursement on the basis of expenditure incurred on the schools and educational institutions established by the State or by the local authorities at the end of the financial year to be divided by the number of students that are enrolled as on September 30 of the previous calendar year.

The bench said the state government had failed to set up an adequate number of schools and was also not fixing compensation for the private schools which will frustrate the objectives of the RTE Act.

It provided that the private schools imparting free education would be entitled to such reimbursement "'as is directed to be fixed every year on a regular basis"'.

A bench of Justice Pankaj Bhatia passed the order on a writ petition moved by the Committee of Management, Lucknow Education And Aesthetic Development Society.

The petitioner had stated that the state government had issued a Government Order on June 20, 2013 wherein it fixed an amount of Rs 450 as the fee per child per month to be paid to the schools, which were providing education to the children and are entitled under the Right of Children to Free and Compulsory Education Act, 2009.

It was argued by the petitioner's counsel PK Sinha assisted by advocate SL Vaish that the said fixation was done in 2013 and thereafter, no fresh exercise was done despite the fact that it is common knowledge that all the expenses had gone much beyond the quantum of expenses incurred that was prevalent in 2013.

Considering the issue, the bench observed, "In the present case, for discharging of its obligation under the relevant provisions, the state government issued a Government Order on June 20, 2013 and thereafter, no exercise for fixation of the compensation payable to the institution under Section 12(2) of RE Act has been done by the State Government.

"This inaction on the part of the state government in not taking steps for determining the compensation is likely to frustrate the entire object of the RE Act as it is common knowledge that the schools are unwilling to undertake the obligation despite there being provisions mainly on the ground that they are not receiving adequate reimbursement of expenses."

"On the one hand, the State has failed to establish adequate schools in terms of the mandate of Section 6 of the RE Act and on the other hand, the State has not undertaken the exercise of fixation of compensation in terms of Rule 8(2) of the Uttar Pradesh Right of Children to Free and Compulsory Education Rules, 2011 after the year 2013," added the bench.

In its order, the bench said, "The State Government shall undertake the exercise of fixation of compensation under Rule 8(2) of the Rules 2011 on regular basis taking into account the expenses incurred in the whole academic year till 31st March in running the schools by the state government.

The bench has clarified that the cut-off date of 31st March has been so fixed as the expenses incurred by the state and the number of students is known to the state by the end of each financial year. 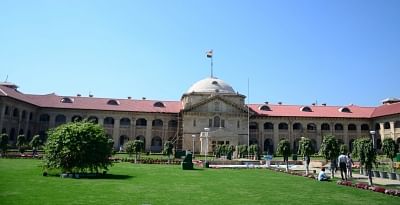