Schools, Colleges in Delhi-NCR closed, offices advised to allow 50% of staff to WFH 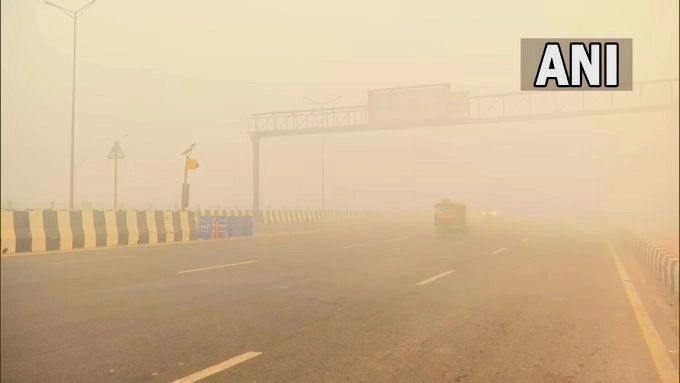 New Delhi: The Commission for Air Quality Management (CAQM) on late Tuesday night instructed that all schools and colleges in Delhi and nearby cities should be closed till further notice. The measure comes as the city grapples a toxic smog that has engulfed the national capital since Diwali.

Educational institutions will, hence return to online classes as conducted during the COVID lockdown.

The nine-page order issued by the CAQM also featured an advice for the NCR state governments (Delhi, Haryana, Rajasthan and Uttar Pradesh) to allow at least 50 per cent of staff to work from home till November 21.

Private companies in Delhi NCR should also be "encouraged" to allow at least 50 per cent of their employees to work from home, the order by the CAQM (a subcommittee of the Central Pollution Control Board) read.

Apart from Work from home instructions and the closure of offline classes for schools and colleges, the order also mentions calls for "heavy penalty on persons/organisations responsible for stacking construction materials... or waste on roads in NCR" and "augment availability of road-sweeping machines in NCR".

Activities related to construction and demolition projects across the Delhi NCR region have also been stopped till November 21, with exceptions made for metro operations, railway services/stations, bus and airport terminals, as well as for national security or defence-related projects and activities.

Moreover, only five out of 11 thermal power plants in the region will be operative.

Delhi and NCR states have also been directed to restrict the entry of trucks to the capital city, except for the ones carrying essential commodities, till November 21, however, this is subject to further review.

Also, Petrol and diesel vehicles older than 15 and 10 years, respectively, will be prohibited on the roads. Besides, the order also said that the vehicle drivers found without a valid emission control certificate will be hauled up.

The CAQM order comes as both the Centre and Delhi government face pointed questions from the Supreme Court regarding the lack of emergency planning for, and response to, the air pollution crisis in the city .

Delhi government on Tuesday suggested a weekend lockdown and Work From Home for a week at an emergency meeting ordered by the top court; Officials from the centre were also present in the meeting.

The government also suggested a pause for construction and industrial activities in the city.

As per the Central Pollution Control Board, the overall AQI in the national capital was 397 at 12.27 am, which borders on the 'severe' category. Readings of more than 400 are considered 'severe' or 'hazardous'. FPJ Edit: Solving the problem of Delhi's bad air days requires political will and leadership, both...