Since the video went viral, people have been retweeting the clip which drew the attention of police officials.

The woman who thrashed an e-rickshaw driver for allegedly grazing at her in Noida's Sec 110 was arrested by Noida Phase-2 Police on Saturday over assault charges after the video of the incident went viral on social media.

A video of a woman beating and verbally abusing an e-rickshaw driver has surfaced on social media sites.

In the clip, believed to have originated from Sector-110 of Noida, the woman can be seen getting off from her car to assault the man.

Since the video went viral, people have been retweeting the clip which drew the attention of police officials.

She was arrested after a case was lodged against the woman and has been booked under IPC section 151.

According to media reports, in the span of about 90 seconds, the lady slapped the e-rickshaw driver 17 times and even made an attempt to rip the rickshaw driver's shirt. 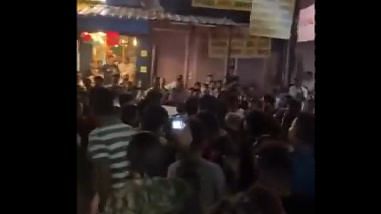