As per the order, idol immersion at public places can attract a fine of Rs 50,000.
ANI 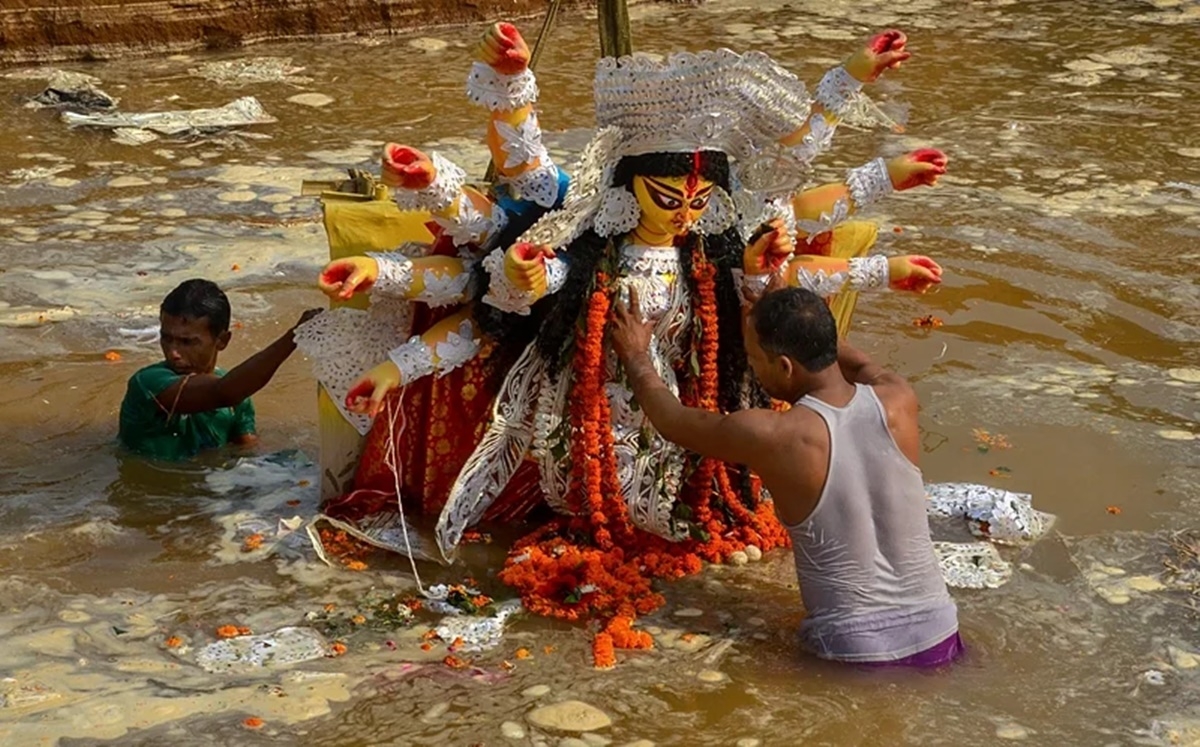 As per the order, idol immersion at public places can attract a fine of Rs 50,000.

The immersion has been banned at public places including the Yamuna River or any other water body, ponds or ghats.

The Delhi pollution body directed the general public, Residents' Welfare Associations (RWAs), and Pooja Samitis that the idol immersion ritual may be performed within the home premises in a bucket or a container.

It further stated that the worship material like flowers, decorating material (made of paper), etc. should be removed before immersion of idols and may be collected separately for disposal manner or in an environmental safe handing over to the door to door waste collection vehicle.

The Committee also directed municipal authorities and Delhi Police to ensure strict checks on the entry of vehicles or goods carriers entering into the national capital carrying prohibited idols as its cargo.

National Mission for Clean Ganga (NMCG) in 2019 had prohibited idol immersion in Ganga and its tributaries and directed violators to pay Rs 50,000 as environmental compensation which would be collected by the concerned District Magistrate and deposited with Delhi Pollution Control Committee.