Delhi in grip of season's first severe smog episode, likely to be longest in 4 years: CSE 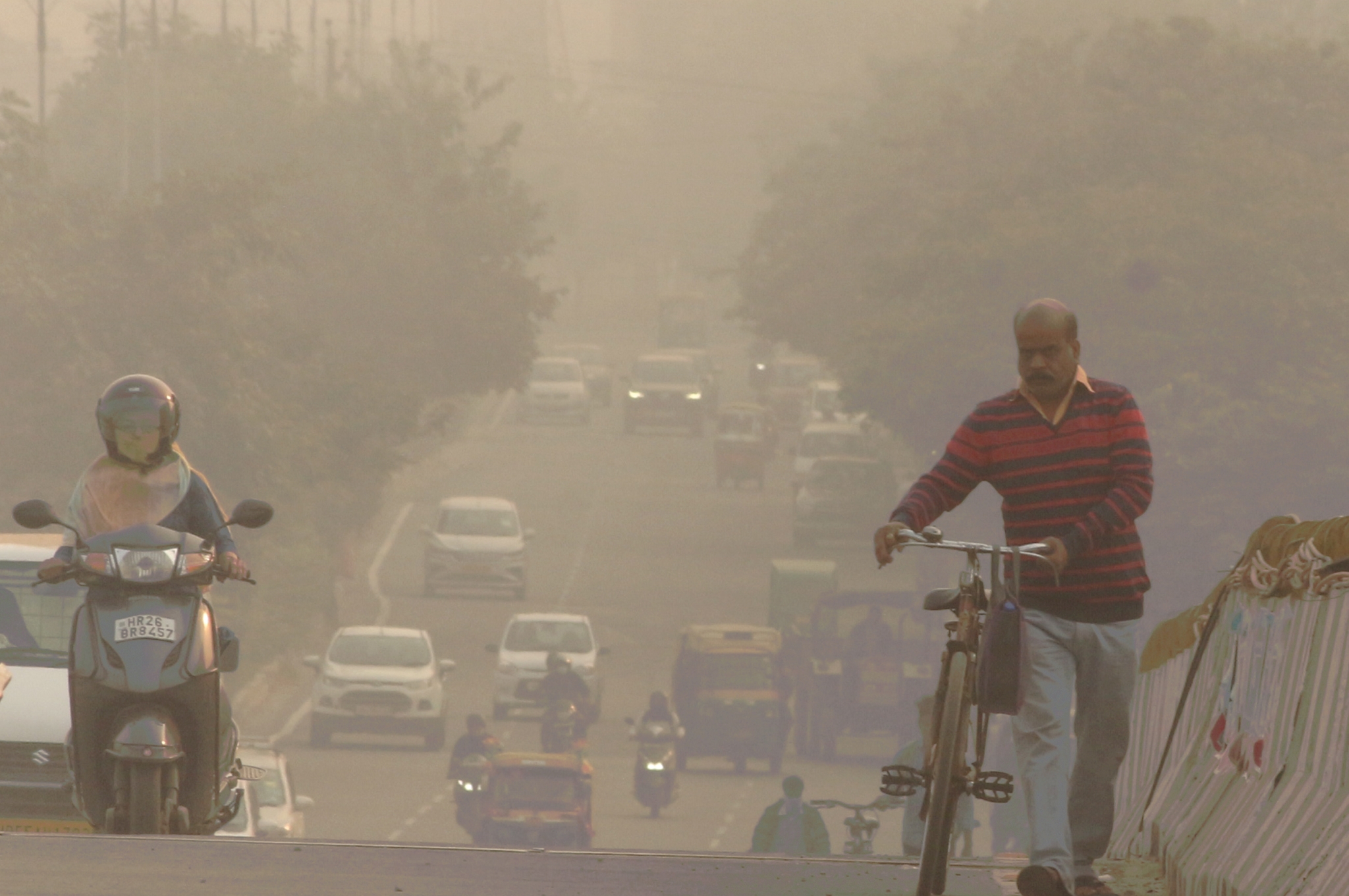 New Delhi: The first severe smog episode has hit Delhi and the National Capital Region (NCR) and is expected to last for another two days, green think-tank Centre for Science and Environment (CSE) said on Wednesday.

Even though the seasonal smog in Delhi is intense, the average daily contribution of smoke from farm fires from the middle of October to November 8 has been the lowest in last four years, it said.

Compared to the first smog episode of previous four years, the current smog has matched the duration of the first smog of 2018 and 2020 season -- both lasted six days. If conditions don't improve, it might overtake the 2019 smog that lasted eight days, the CSE said.

Lingering on of this year's smog for longer duration despite relatively windier local conditions might be due to the lack of pollution control measures in the city, the green think tank said.

"While very high concentrations of PM2.5 have hogged attention, the levels of gases - ozone, CO or NO2 -- have remained elevated during this smog episode. Also, the ratio of SO2 to NO2 increased on Diwali night indicating increased pollution load from firecrackers. The PM2.5 concentration on Diwali night (8 pm to 8 am) has been the most intense since 2017," said Avikal Somvanshi, programme manager, Urban Lab, CSE.

This analysis is based on the real time data available from the current working air quality monitoring stations in Delhi-NCR and the larger Indo-Gangetic Plain.

However, the peak contribution of smoke to Delhi's PM level was recorded on 7th November when it hit 48 per cent.

This the second highest daily contribution percentage recorded since such estimation was started by SAFAR in 2018.

The highest single day contribution percentage has been 58 per cent recorded on November 5, 2018.

"The ongoing smog episode is a public health emergency. This requires urgent emergency action on key combustion sources (vehicles, industry, waste burning) and dust sources (construction and roads) to prevent further trapping of pollution when there is no wind to blow this away. We need pollution-source-wise and hotspot-wise status of action," Roychowdhury said.