The Counsel for the petitioner argued that the victim, in this case, is 37 years of age and suffering from bipolar disorder since 2002.

The Delhi High Court on Friday cancelled the bail granted to a rape accused by the trial court ignoring the statement of the victim recorded before the Magistrate and other facts.

The victim who is suffering from bipolar disorder was allegedly lured by the accused to Nainital to get her married to another boy.

The trial court had granted bail on the ground of delay in registration of FIR. The parents of the victim had challenged the order of bail.

Justice Mukta Gupta observed in the order, "Considering the fact that the impugned order granting bail to the accused suffers from gross illegality as the learned Additional Sessions Judge (ASJ) totally ignored the statement of the prosecutrix recorded before under Sections 164 Cr.P.C., the seriousness of the offence, that the statement of the prosecutrix is still to be recorded before the learned Trial Court and the accused is living in the vicinity of the prosecutrix and is thus likely to influence the prosecutrix by luring her again or intimidating her, the impugned order is set aside. The bail granted to the accused is cancelled. He will surrender to custody within one week." The bench observed, "The Trial court failed to notice that consciousness and orientation are different from being able to exercise sound mental judgment and to realise that the victim is being enticed to fall prey to the accused".

"The learned Additional Sessions Judge failed to notice that the accused was living in the neighbourhood of the victim, thus was aware of the mental faculties of the victim and taking advantage thereof, as her marriage broken and she was eager to get married," the court said in the order.

"The accused lured the victim took the prosecutrix to Nainital where he performed sexual relationship by giving intoxicants in the cold drink," the court further said.

As per the bench, admittedly, no marriage was performed and merely by putting vermillion on the head of the prosecutrix, she was made believe that she had got married to the accused. The second video of the accused clearly shows the mala fide intent of the accused wherein he is threatening the brother of the prosecutrix that now he will stay as 'Ghar Jamayee' and the family members will be out of the house.

The parents of the victim challenged the bail order through Advocate Shreeyas U. Lalit and Tarun Narang. They sought the cancellation of bail on the first ground that the order granting bail is perverse, illegal and contrary to the settled principles of the law of grant of bail.

The Counsel for the petitioner argued that the victim, in this case, is 37 years of age and suffering from bipolar disorder since 2002.

The trial court had called for the report of the Institute of Human Behaviour and Allied Sciences (IHBAS) four times, however, without waiting for the final report which was received on September 15, 2021, passed the impugned order on September 7, 2021, granting regular bail to the accused.

They also argued that the court had not taken notice of the statement of the victim recorded before the magistrate. 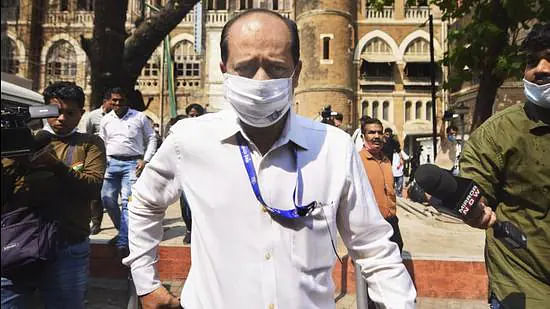