New Delhi: As rain lashed parts of Delhi on Wednesday morning bringing relief from the heat, the India Meteorological Department (IMD) has predicted light to moderate intensity rainfall in the adjoining areas of Delhi NCR today.

Delhi may break another rainfall record as the weather department issuing an orange alert for moderate precipitation on Wednesday. Light to moderate rain is predicted on Thursday.

"Thunderstorm with light to moderate intensity rain would occur over and adjoining areas of isolated places of Delhi ( ), NCR ( Loni Dehat, Hindon AF Station)," it said in another tweet.

Earlier this month, Delhi recorded the highest rainfall in September in the past 19 years.

The monsoon this year has yielded 1164.7 mm of rainfall in Delhi till Wednesday morning, the highest since 1964 and the third-highest since the data has been maintained by the India Meteorological Department (IMD), as per a FirstPost report.

With on and off rain predicted till September end, it is on course to become the second-wettest monsoon ever in Delhi by the time it withdraws, according to IMD officials. 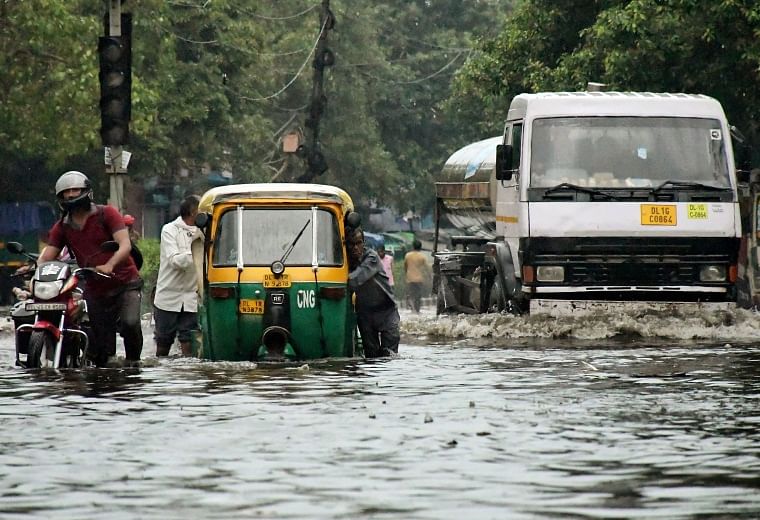