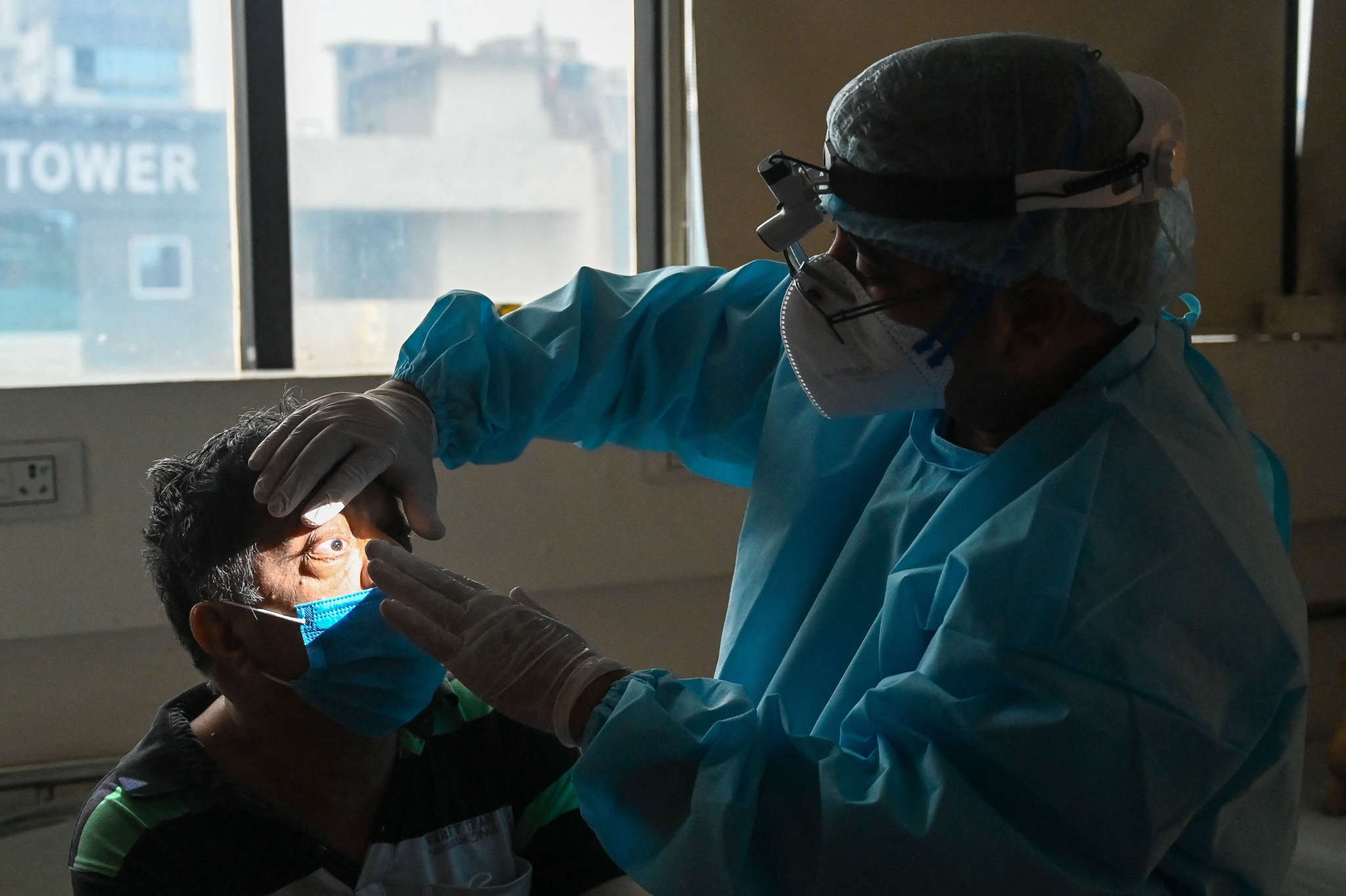 New Delhi: A multidisciplinary team of three doctors gave a new lease life to a 34-year-old man here by conducting a surgery to remove his right kidney and a portion of his left lung which had been severely infected with black fungus post Covid, hospital authorities said on Monday.

The operation recently took place at the Sir Ganga Ram Hospital here which claimed that this case of mucormycosis, involving a kidney, lung and sinus, was being reported in medical literature as the "first such case in the world happening after Covid infection".

The patient from neighbouring Ghaziabad was brought to the hospital with post-Covid illness, which included breathing difficulties, blood in sputum and high grade fever. After investigation, it was found that the mucor had not only penetrated his nasal cavity, but also his left lung and the right kidney, the hospital said in a statement.

"The portion of the lung and the kidney both had been severely damaged and there was a fear of further spread. Therefore an emergency removal of mucor-infected areas was planned," it said.

Mucormycosis or black fungus is more common among people whose immunity has lowered due to COVID-19, diabetes, kidney disease, liver or cardiac disorders, age-related issues, or those on medication for auto-immune diseases like rheumatoid arthritis.

Immune-compromised patients, especially Covid patients being treated with steroids are at a high risk of contracting mucormycosis.

"Since mucor is a fast-spreading disease and could have further damaged his other organs, as a life-saving procedure, immediately a part of his left lung and the entire right kidney was removed in a complicated surgery which lasted six hours," the statement said.

The patient was successfully operated to save his life, and he has been discharged, hospital authorities said.

The team of doctors who performed the surgery, included Dr Sabyasachi Bal, a thoracic surgeon who removed the infected lung, Dr Manu Gupta, a senior urologist at the hospital who removed his complete right kidney, and Dr Varun Rai, a consultant in the department of ENT, who did sinus surgery and debriment of mucor from the nasal area, the statement said.

According to Dr Ujjwal Parakh, senior consultant, department of chest medicine, at the hospital, "We recently received and saved a patient with a complicated case of mucormycosis".

"It was a complicated case in which the mucor had penetrated a part of his lung, and a kidney. Time was of the essence in this case to save the patient as other organs could have been infected. The involvement of the kidney was total, and the kidney had become non-functional," according to urologist Gupta.

"During the surgery, the fungus was found to have almost spread to the liver and the large intestine. Thus with great difficulty, the infected kidney could be removed without injuring the adjacent organs," he said.

Dr Parakh said the patient is recovering well and would be on oral anti-fungal medicine for a few more weeks.

"He has been discharged after 45 days of prolonged anti-fungal therapy, and is doing well now," he said.