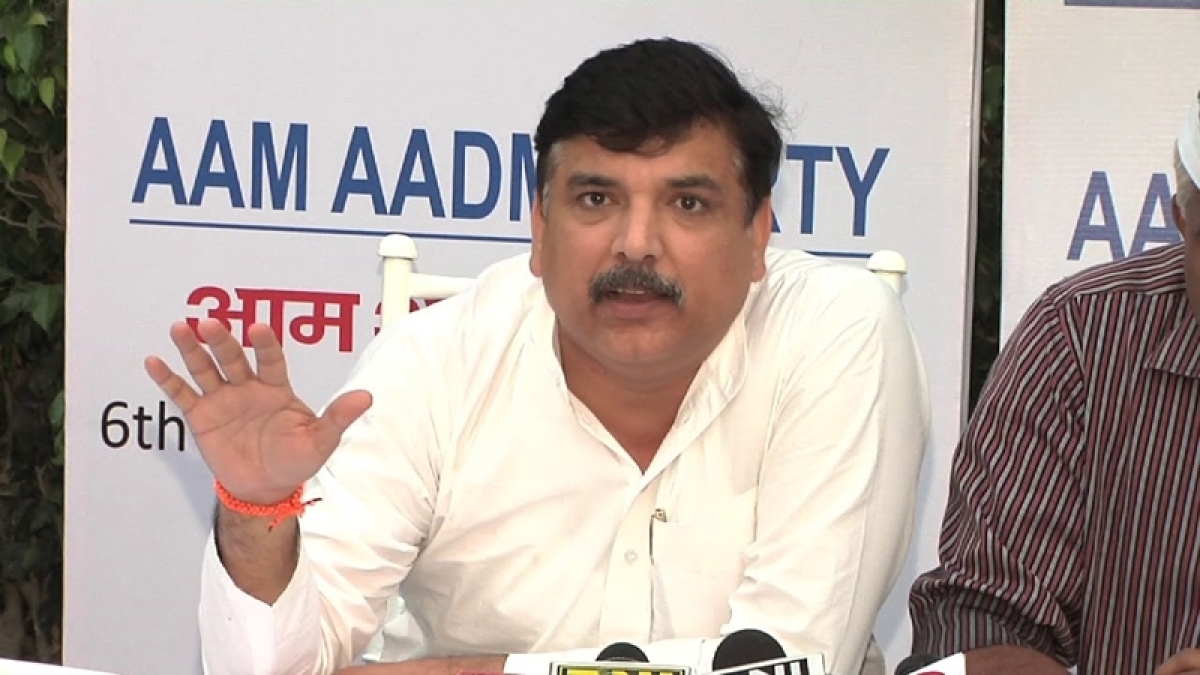 Muzaffarnagar: AAP MP Sanjay Singh and two other party workers have been given a clean chit by the Uttar Pradesh Police in a hate speech case registered here last year, officials said on Tuesday.

In its final report filed in the court of Chief Judicial Magistrate Manoj Kumar, the Crime Branch said no evidence was found against Sanjay Singh and Aam Aadmi Party workers Samerjit Singh and Brij Kumaru.

Sanjay Singh was booked under sections of the Indian Penal Code and the IT Act on August 13 last year for allegedly making remarks against a community and claiming that the Uttar Pradesh government was favouring a certain class of society.

Multiple cases were registered against the Rajya Sabha MP, who is also the AAP's Uttar Pradesh incharge, in connection with his remarks.

The court will hear the complainant's reply on the final report on September 16, the officials said. Aam Aadmi Party (AAP) leader and Rajya Sabha MP Sanjay Singh had moved the Supreme Court seeking quashing of multiple FIRs lodged against him in various districts of Uttar Pradesh after his press conference in August, last year saying they have been "maliciously instituted to unleash political vendetta". But the The Supreme Court refused to grant protection to the Rajya Sabha MP against the non-bailable warrant (NBW) issued on an FIR lodged in Lucknow after his press conference on August 12 last year.

In a separate petition, Singh has also challenged the Allahabad High Court order of January 21, by which it had refused to quash the FIR lodged in Lucknow after the August 12, 2020, press conference.