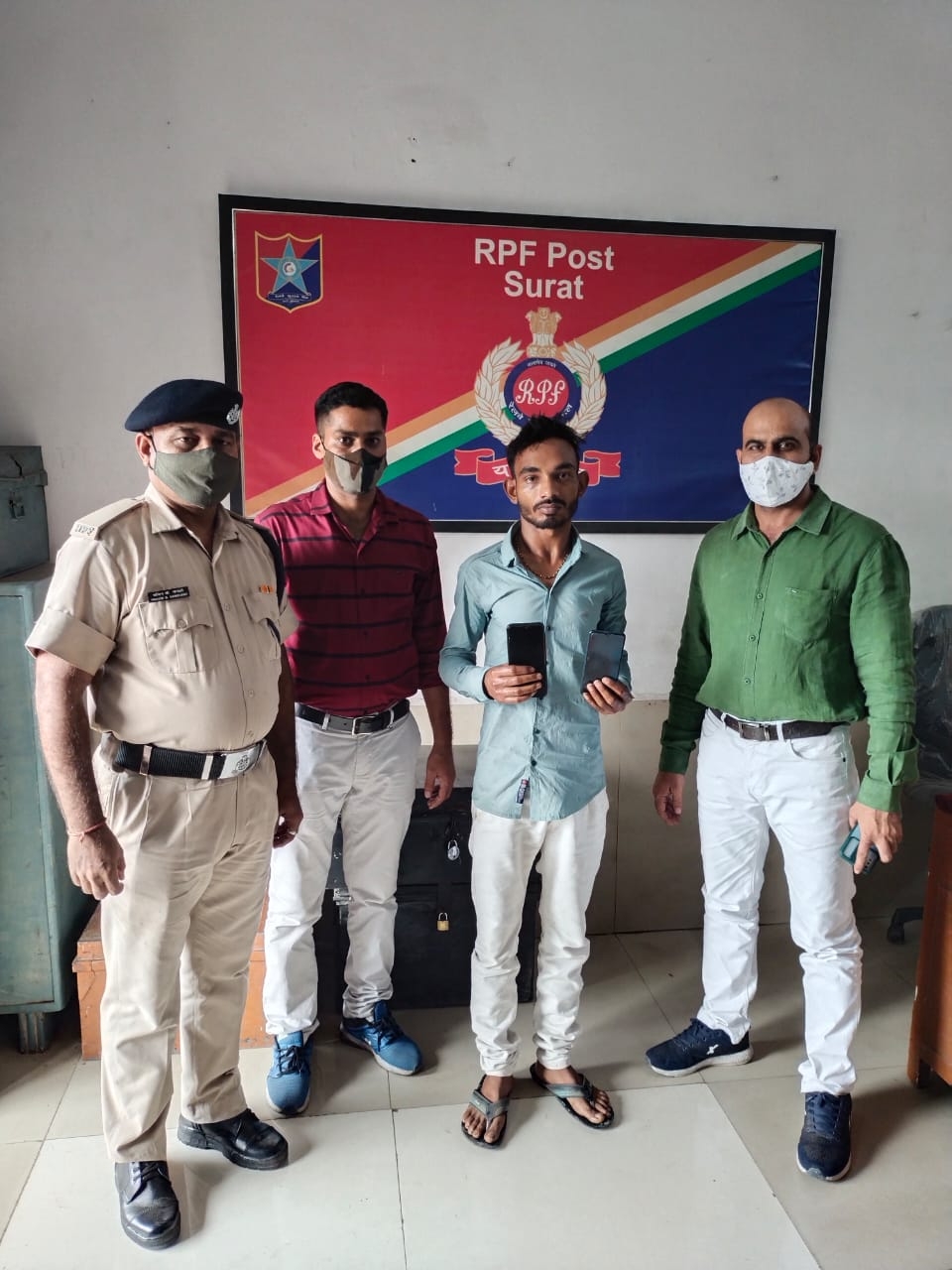 Western Railway’s Railway Protection Force (RPF) personnel are always on the forefront to protect and secure the lives of passengers. In few recent cases, Western Railway’s RPF team caught a thief at Surat station and a robber was caught at Borivali station with the help of CCTV surveillance footage.

According to Sumit Thakur – Chief Public Relations Officer of Western Railway a robbery had taken place on the bridge of Platform No.3 of Borivali station on 23.11.2021 at about 01:30 AM. As soon as the matter came to the notice of RPF, the RPF Crime Prevention and Detection team made a subtle observation of the CCTV footage and identified a suspicious person in the footage. The CPDS team kept surveillance of the surrounding area of Borivali station throughout the night. On 24th November, 2021, the suspect was apprehended from the East circulating area of Borivali station. He was brought to RPF post where he disclosed his name as Vishal Uttam Upade age 19 years, resident of Kandivali (West) and admitted to the robbery. For further investigation, he was handed over to GRP Borivali where a case was registered against him under Sections 392 and 34 IPC.

Thakur added that in another case, recently a team comprising of Assistant Sub Inspector, Head Constable, Constable and Crime Branch constable were doing a secret watch over Surat station for miscreants. They saw an outsider in a suspicious state, roaming in the coaches of passenger trains at the station. The person was caught and questioned, upon which he revealed his identity as Niyam Singh, son of Inderjit Singh Rajput (22 years) who is a resident of Bharuch and did not give a satisfactory answer as to why he had come to the station. Upon further investigation, he submitted two mobile phones worth Rs. 40,000/- and told about stealing them from passengers in coach no. S11 of Train No. 02833 Ahmedabad-Howrah Special train halted at Surat. The escorting team of RPF in the said train was contacted and informed that theft of mobile phones of passengers had occurred and also gave the berth numbers of the passengers from whom the mobile phones had been robbed. The accused was handed over to GRP Surat, where a case has been registered against him under Section 379 IPC.