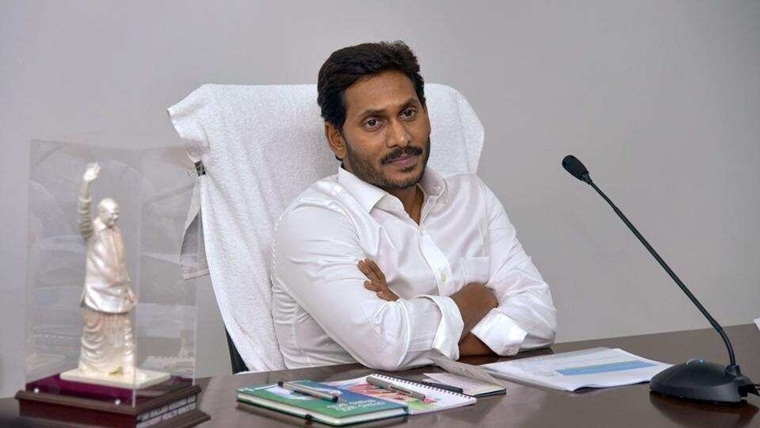 The State Bank of India has rejected Andhra Pradesh government's Rs 6,500 crore 'overdraft' for implementing the Centrally Sponsored Schemes (CSS) in the state.

With its coffers completely dry, the state government sought the overdraft to be used as working capital by five nodal implementing agencies "against securitisation of fund balances available in the Single Nodal Accounts (SNA)."

The state sought to escrow the Central funds in the SNA and raise the overdraft and, accordingly, Finance Secretary (Budget and Institutional Finance) K V V Satyanarayana wrote a letter early this month to the SBI seeking sanction of Rs 6,500 crore.

The "unusual and unheard of" request by the Finance Secretary left top bureaucrats baffled since it only further exposed the state government's perilous financial condition.

"Seeking a (regular) loan is one thing but trying to get an overdraft by escrowing Central funds is utterly foolhardy. This could also invite the Centre's wrath and jeopardise the schemes," a top bureaucrat observed.

For implementing the CSS, the state government is required to share a part (up to 40 per cent) of the overall cost of each scheme.

The Union Department of Expenditure (DoE) this year brought in new rules for ensuring funds flow to the states for the CSS, under which primarily the state is required to open a Single Nodal Account in a scheduled commercial bank for each scheme, mapped in the Centre's Public Financial Management System.

The new rules are meant to ensure "effective cash management and improve transparency in public expenditure management." Officials aver the Centre's new system was basically to prevent diversion of CSS funds for "other purposes" by the state government.

Funds will be released strictly on the basis of balance funds (Central and state share) available in the SNA, as per the DoE rules.

While the Centre releases 25 per cent of the scheme amount at the beginning of the financial year, release of additional Central share will be based on the transfer of stipulates state share into the SNA.

The new rules have only exposed the state of AP's finances as it is in no position to transfer any amount to the SNAs for any CSS.

"More than Rs 6,000 crore of Central funds are held up so far this year because we are unable to chip in our share for different CSS. Unless we not only release the money (state share) but also spend it according to the norms, there is no way to get the releases from the Centre," a Principal Secretary said.

There has been no progress in any of the CSS in AP due to severe dearth of funds, he pointed out.

Left with no other option, the state desperately wanted to borrow money from banks to fulfil its share in the CSS.

"The request for overdraft facility cannot be acceded to as the same does not comply with the Bank's policy guidelines and regulatory directions for lending to state-owned corporations," the SBI said, in reply to the Finance Secretary's letter.

Interestingly, the state government early this month appointed retired chairman of SBI Rajnish Kumar as its Advisor (Economic Affairs), with the rank of a Cabinet Minister, considering his "vast experience in handling large credit and project finance." That, apparently, cut no ice with the bank management.