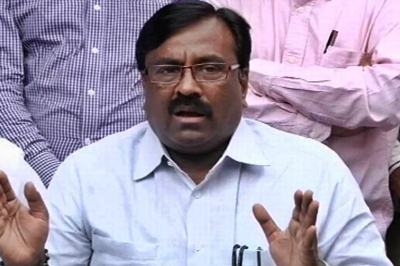 Mumbai: Reeling under debt of over Rs 3 lakh crore, the Maharashtra government is contemplating to take loans at 4 per cent interest from foreign nations for developmental purposes, state Finance Minister Sudhir Mungantiwar has said.

“We are looking for loans at interest rates as low as 4 per cent. Countries like China, Japan and Singapore are ready to provide us with low interest loans, but we want to repay them in our currency and not theirs,” Mungantiwar said. He said the state government has had discussions with the Singapore government over the issue, but a final decision is yet to be taken.

“If we manage to get loans at 4 per cent interest per annum, we will be able to save around Rs 30,000-35,000 crore over the next four years that can be utilised for infrastructure projects,” he said.

He cautioned that the government needs to increase revenue and cut down on expenses or else the financial condition will worsen. “The government has already spent Rs 4,500 crore for drought relief areas, Rs 9,500 crore to distribute subsidised rate food (wheat and rice) in 14 districts of Vidarbha and Marathwada and other schemes. Against the expenditure, we will earn around Rs 1,600 crore as taxes on liquor, cigarettes, gold and diamond ornaments,” Mungantiwar said.