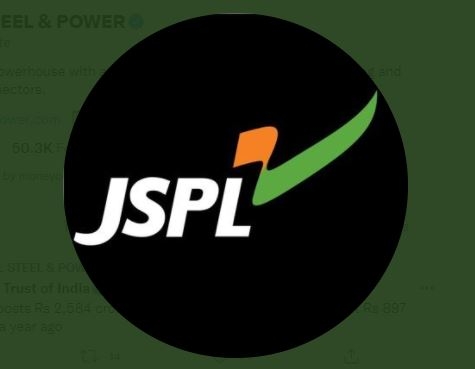 Jindal Steel and Power's total income during the July-September quarter rose to Rs 13,615 crore from Rs 8,295 crore a year ago / Representataive Image |

The company's standalone expenses during the period under review were Rs 9,655 crore against Rs 6,546 crore in the year-ago quarter.

In a separate statement, the company said it produced 1.93 million tonnes (MT) steel during the quarter and sold 2.13 MT steel. Its pellet output was 1.80 MT and sold 0.20 MT.

''Consolidated net debt has declined further to Rs 11,164 crore in 2QFY22 from Rs 15,227 crore in the June quarter. Conclusion of Jindal Power divestment (accounted as an asset held for sale) will result in net debt declining further by Rs 3,015 crore, taking JSPL closer to its vision of becoming a debt-free company by FY23,'' it said.

Sharing details of its global business, the company said its Chirodzi mine in Mozambique produced 954 KT ROM (kilo tonne run of mine). Mozambique operations reported an EBITDA of $17.2 million during the second quarter.

In South Africa, the Kiepersol mine produced 181 KT ROM. The mine reported an EBITDA of $1.8 million for the quarter on the back of improved coal prices.

The company's Russell Vale mine in Australia has started production after receiving the final go-ahead from the regulatory authorities. JSPL is expected to get the first shipment in the current month. However, Wongawilli colliery continues to remain under care and maintenance as WCL (Wollongong Coal Limited) continues to work towards securing additional approval for restarting the mine.

In India, the company is also working towards setting up a slurry pipeline between Barbil and Angul in Odisha, which will not only help reduce logistics costs but also lower carbon and dust emissions associated with raw material transport through road. ''JSPL remains committed to continually improving its energy performance with a clear goal of bringing down our carbon emissions below 2tCO2/TCS by 2030 (2 tonnes of carbon dioxide/tonne of crude steel),'' the statement said.

On the outlook for the steel sector, the company said after remaining subdued in 1H FY22, construction and infrastructure activities are expected to recover strongly in 2H FY22 or the second half of the financial year 2021-22, as a seasonally strong demand period sets in.

Taking a cue from falling seaborne iron ore prices, the domestic iron ore prices have also been declining for the past three months. The domestic steel industry, however, continues to grapple with the sharp rise in the coking coal prices, it said.

Iron ore and coking coal are two main raw materials used to produce steel blast furnace routes. According to the statement, premium hard coking coal price has risen by 180 percent so far in FY22 and currently trading close to $400/tonne.

With investments worth Rs 90,000 crore across the globe, JSPL has a significant presence in the steel, power, and mining sectors.