FPJ webinar: Can the regulator have a friendly face for investors and promoters?

The webinar was organised by the Free Press Journal in association with SIES and Digital Tribe.

There are several reasons for holding this webinar. Many promoters have been keen on listing overseas. In August, around 27 promoters wrote to prime minister Narendra Modi requesting for permission to be listed overseas. Last month, Freshworks, an Indian company, got listed on the Nasdaq. Nothing wrong about that. But when promoters do not want to be listed in India that is worrying.

Last month, a former finance minister of a state government went on record to state that as many as 35,000 high net worth individuals (HNI) left India. One key reason is compliance is becoming a big burden in India. And the ways in which money can be raised is more flexible overseas. So, how does one make the regulatory environment more promoter and investor friendly?

Somasekhar Sundaresan: India had the hardest lockdown, compared to any other country in the world. The central bank or the securities market regulator gave leeway to businesses during this time.

India did remarkably well — when it came to adhering to conventional norms and deadlines. This portrays India’s capability in dealing with crises as against dealing with non-crisis situations.

It has become difficult to make decisions in the public space for bureaucrats, policymakers and so on. There are judgements and case laws made to prove that benefits are received by private parties that is adequate evidence for corruption. This has led to unimaginative policymaking, risk-free hedging of how to take creative decisions with policies etc. We have tied ourselves in knots due to this approach. It will take another crisis of 1991 to untie ourselves. However, the misfortune will be if there is no crisis, then these problems will not be solved and we will be bundled up in an amorphous manner.

In the name of regulations, controls are back. The powers of the enforcement agencies are back. In the last 30 years, we are going back to the 1990s due to the directional issue with policymaking.

Jonathan Wilson: The United States has been lucky and fortunate in many ways. In terms of securities law, we have done many things right. The best ingredients for a successful system are freedom, transparency and predictability. By and large, the US market has all three of them. In the case of freedom, the US system follows a very liberal system.

When it comes to Freedom, entrepreneurs can set up businesses and raise funds without any interaction or minimal interaction with bureaucrats. They just need to file the required documents with the public authorities. However, in the US, there is never a situation where entrepreneurs have to go to the government and request permission.

In case the entrepreneur violates any law, he or she faces the consequences. Freedom is the first step.

The second step is Transparency: If there is any allegation of violation of law, the entire matter is resolved in a public manner — decisions and allegations are made in the public. No resolution in the US can be resolved without referring to the public document.

The third leg is Predictability: It is the combination of freedom and transparency that leads to predictability. To start a corporation, and recruit capital from investors in the United States, the are precise steps for this; along with estimated costs and expenses, and time for achieving the business goals.

Having the freedom to do what you need, the transparency of understanding what the rules are and the predictability to forecasting the outcomes of business decisions; help the securities system of the US to work fairly efficiently.

Richard Spedding: Historically, there is a lot of crossover between the US, the UK and India. In some respects, the UK’s position is an accident of history. We still benefit from the fact that we are in a beneficial time zone and the English language is an asset.

Like the US, in the UK as well the rule of law, integrity, independence of the judiciary and transparency are important.

London is a place to invest and has a massive pool of capital — but are dwarfed by the US in some respect. It is preeminently strong in a number of areas like private and public capital; and some of the infrastructure, which is second to none.

Every time there is a systematic shock in the market, the London stock exchange has traded trillions of shares, but never has the market crashed. So, there is a need to have the infrastructure — a key aspect for investors and financial institutions — that can support active trading. This is backed by the regulator whose secret of success is consultation — and these consultations are constructive.

In addition, the UK cannot rest on its laurels. If you look at the volumes in the London market, it is undeniable that it is shrinking compared to some other exchanges. FCA recognises that. Thus, there are active consultations to make the listing environment more attractive.

Somasekhar Sundaresan: The corporate governance requirements (in India) written into the legislation is taken from the best practices that are developed in other markets.

In India, we took the best practices from other markets and turned them into legislation. This was done without pre-legislative consultation. India does not have a law on lawmaking. So, if the regulator desires to be consultative about pre-legislation, then it does. However, it is not mandated by law to do so.

For instance, telecom regulator is mandated to be transparent in law making. Thus, there is a pre-legislative consultation. The Supreme Court on occasions struck down the regulator for being unreasonable. However, this is not uniform in lawmaking.

Many of the conditions that were part of listing agreements and requirements imposed by the securities market regulator got swept into the company law (in the last iteration) in 2013. The Satyam Scam added to this and then it was decided that independent directors should be part of unlisted companies as well. So, every regulator has tried to match the other.

The mess in corporate governance can be attributed to the regulator race between various regulators like CCI, SEBI, TRAI, IRDAI or others.

Like in the UK, India wanted to create a potential regulator and a conduct regulator. That reform did not come through due to the embedded interests of the regulatory agencies that are already in place that could not be disturbed. It is difficult to say which regulator will merge into another regulator to become a unified regulator.

Jonathan Wilson: In the US, the regulator allows the corporation to decide on the number of directors and independent directors, a company wants. However, the company needs to disclose those facts. By and large, the vote required is 50 per cent.

In the US, the enforcement is not in hands of the regulator but in the hands of the investor/shareholder. The US system forces its enforcement to private actors, who have an incentive when a corporation achieves economically beneficial outcomes. So, this responsibility is on shareholders (as it has an economic benefit attached) rather than the regulator who has some different idea of the best outcomes.

Richard Spedding: From the UK perspective, the market works due to the reaction of the investor community. They are sophisticated enough to understand as long as the organisation explains the governance structure to the investors. Directors are elected by a simple majority. We do not differentiate between promoter and independent directors.

A lot of asset managers abided by stewardship principles and codes. If they do not like any governance structure then it will impact the company. Therefore, it becomes more of a self-policing. 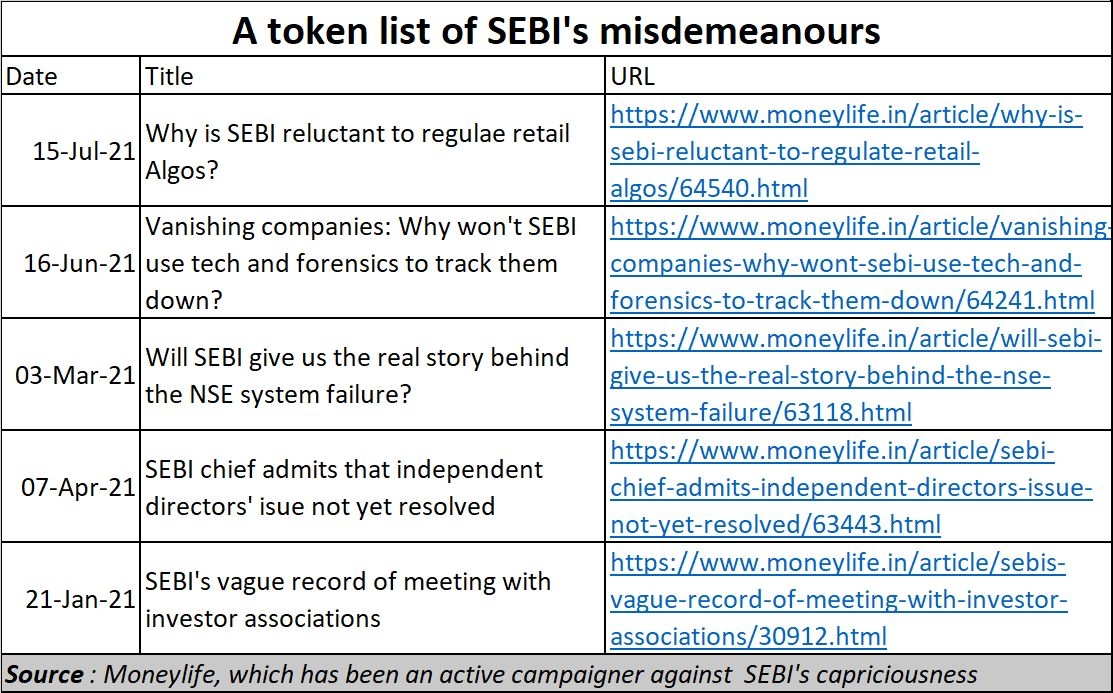 Somasekhar Sundaresan: When it comes to insider trading enforcement in India is that we are legislatively in a better position.

Principles and interventions of insider trading emerged as the means of righting the wrong -- when a person gains access to asymmetrical information and seeks to make a profit from it. We have codified it in our law.

In India, when we wrote the insider trading law in 2015, the idea was to write principle-based regulations. But in 2021, after all the amendments, it has been converted into a procedural, rule-based system like maintaining a digital database, the record of data with who you shared the MNPI or UPSI with etc.

The separation of state between legislative, executive and judiciary is not hard coded within the regulatory organisation. This creates a systematic problem. This is because you will not administer justice as a judge would. From the standard of proof principle or quality of judicial decision making principle, you have the executive acting as the judge jury and prosecutor in the same proceeds.

Jonathan Wilson: In the US, insider trading is a crime. It is a felony. It is punishable by incarceration. It is not uncommon to have jail terms for individuals who are convicted of insider trading. It is part of corporate governance. It is incumbent of the public company to adopt procedures to prevent insider trading.

In the US, enforcement is outsourced to the firm.

All the policies that exist around prohibiting insider trading make it is a rare occurrence in the United States.

Richard Spedding: Like in the US, insider trading is a rarity in the UK. This is because there is an infrastructure in place. Every listed company has to keep an insider list as a matter of audit trail. If there is any information on insider trading, it is very easy for the regulator to go to the relevant company and get the list of people that were aware of the information (that was not publicly available).

If someone is convicted, there is disgorgement of the profit of the deal, the confiscation of the entire value of the criminal property and then there is a rate of interest that is levied. Interest is at 8 per cent, higher than the commercial rate.

For criminal insider dealing, often the sanction is imprisonment. If you are imprisoned you don’t pay the fine, you have to disgorge with interest. Usually, people are sent to prison for insider trading, rather than having to pay a minor fine.

Jonathan Wilson: This system tends to be a positive reinforcing system in which good analysis gets more followers, and gets more power to advice. So, it is not a problem in the US.

A more difficult situation in the United States is the activists’ organisations, who buy one share of the corporation and try to put forth a proposal in shareholders’ meetings for some social or political reason. This is bigger controversy in the United States compared to India.

Richard Spedding: Proxy advisory firms have been a hot topic in the UK for the last couple of years. This is because we always had active advisory bodies that were open for dialogue compared to some (recent ones) that are not (it is less easy to change their mind). There were instances where companies have felt that they have been wrongly prosecuted.

So, based on past experience, there is a code of conduct for proxy advisory bodies.

Somasekhar Sundaresan: Proxy advisory is the new kid on the block in India. And if there is a conflict of interest or abuse in the case of right of speech, in my view, it will have to be resolved by resorting to civil litigation (as against writing a new law). FPJ-SIES webinar: Tata Power continues to bet on India; plans to continue with divestments from... 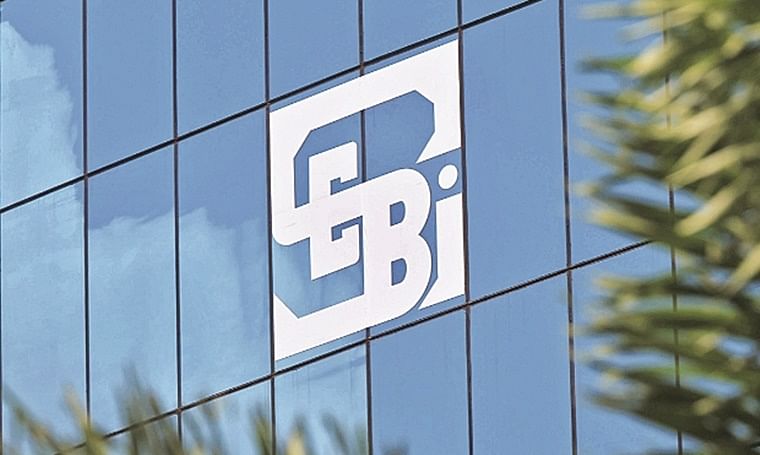 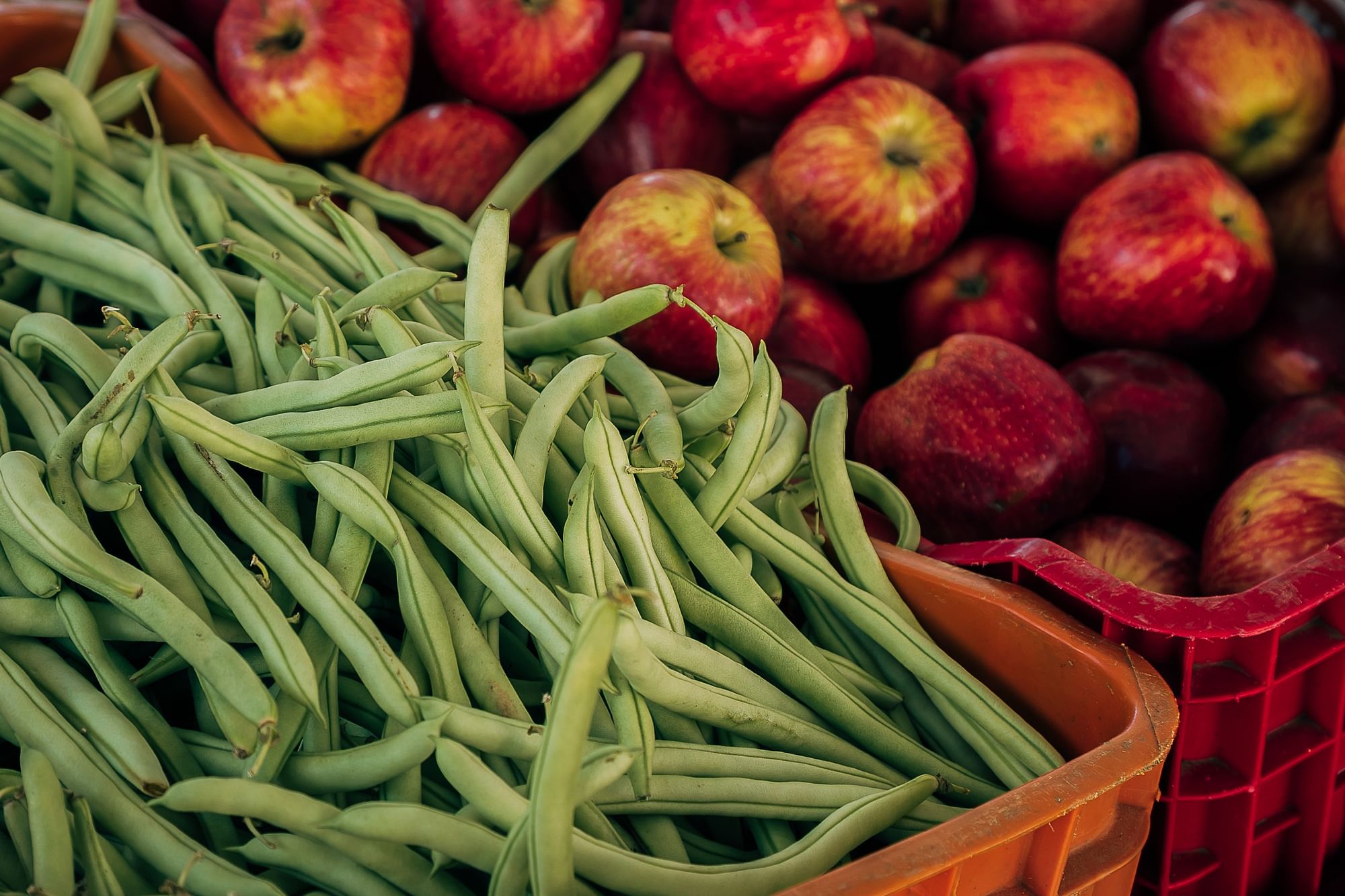