Members of traders' union burn the effigy of Chinese President Xi jinping as they protest against China after the face off at LAC, in Lucknow on Wednesday. (ANI Photo) | ANI

Chinese companies will require time to build back trust and goodwill that their products enjoyed in India, as the deep tussle between the Asian giants deep in the Himalayas has led to an avalanche of anti-import sentiment in this country.

Virtually present in every sector of India's economy, Chinese companies through direct or proxy investments were making a deep dent in the Indian market. This also included several made in China apps that have garnered a lot of popularity in India

However, this may change now, as a News 18 report suggests. According to that report, Indian intelligence agencies have flagged 52 Chinese apps including TikTok, Bingo, UC Browser, Clash of Kings and a whole bunch of apps made by India’s largest smartphone seller Xiaomi.

Meanwhile, Chinese smartphone maker Oppo on Wednesday canceled the live online launch of its new phone in India as tensions reached a fever pitch after a deadly clash the previous day between Indian and Chinese troops. 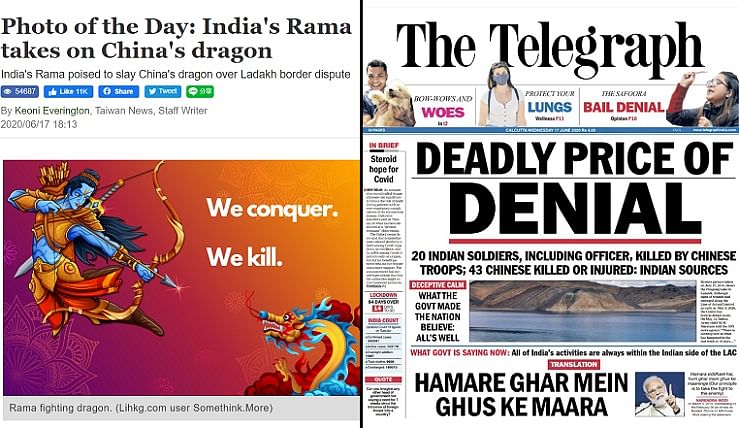 Trade between the two nations

India's trade deficit with China has declined from $63.1 billion in FY18 to $53.6 billion in FY19 and is estimated to be further lower in FY20 partly due to imposition of antidumping duty in sectors like steel.

Trade and industry experts believe that the stand-off between the Asian giants may have a short-to-medium term impact on the prospects of Chinese goods in India.

Nevertheless, there will be a collateral damage as various other India industries depend upon the supply chain of cheap parts and components used to manufacture the finished product.

Even Indian start-ups were getting hooked to Chinese investment lately.

This fund flow, many trade experts feel is the confidence of Chinese companies have on the long term potential of Indian market.

V. K. Vijayakumar, Chief Investment Strategist at Geojit Financial Services said that after incidents like in Ladakh, it is quite natural that there will be strong anti-China reactions, but, going by experience, these are likely to be emotional reactions which will be short-lived. "Boycott of Chinese goods may look good from the patriotic perspective, but it can harm Indian economy too since we import many inputs for our industries from China," he said.

He also noted that meanwhile India should utilise the opportunity created due to shifting of supply chains from China. "We should quickly bring about necessary policy changes to attract investment," Vijaykumar said.

Sanjeev Aggarwal, founder and CEO, Amplus Power, which is into rooftop solar installations said "The Chinese module imports have been major portion of the Indian solar installations so far though in the last couple of years, Government of India has put significant focus on building Indian manufacturing capability by imposition of safe guard duty."

He noted that since the Indian manufacturing still has to catch up with the scale and cost competitiveness of China, government must provide manufacturing incentive like capital subsidy or interest subvention to the module manufacturers.

"The imposition of the customs duty may not serve the desired purpose since it increases the electricity cost for the consumers in a sector where distribution companies are already reeling under huge losses," Aggarwal said.

Besides solar, Chinese companies have become a mega player in the technology market with firms based in Shenzen and Hangzhou making major investments in India's tech-based companies, rather unicorns.

These are major limelight-grabbing sectors, while major presence of Chinese products and inputs is also felt in pharmaceuticals, consumer electronics, solar energy products, footwear and apparells.

Pawan Gupta, Member of the Toy Association of India told IANS that the quality of Chinese products is much better than that of the Indian counterparts and it would not be beneficial for the market to restrict imports in the segment.

Indian mobile industry is heavily dependent on the imports from China and the sector is likely to be severely impacted if import curbs are put into place.

Paying homage to the 20 Indian soldiers killed, the Chairman of the Indian Cellular and Electronics Association (ICEA) Pankaj Mohindroo in a statement said: "We remain confident that the Indian and Chinese leadership will find a lasting resolution out of the current border impasse. We remain hopeful of peace without compromising India's strategic priorities."

On the trade implications, Sankar Chakraborti, Chief Executive Officer at Acuit Ratings and Research said: "Any escalation in the India-China border tensions may have an implication on the bilateral trade relations which have already come under pressure from 2018-19."

"India needs to build its own manufacturing supply chains or develop alternative sources to minimise the dependence on China but in the near term, there may be an impact in the supply chain for these sectors," he added.

Trade Promotion Council of India's Chairman Mohit Singla said: "India is a very big market for Chinese product the whopping trade is to the tune of more than $85 billion annually is testimony to it."

"However, definitely India is emerging as a preferred destination for the world, which is rebalancing its protfolios but it will take some time to match China's scale and expertise in those sectors where China enjoys prowess."

Off late the Centre has taken up several measures to curb imports from China. Recently, it placed the imported tyres in restricted category, under which an import license would be required to bring in the product to the domestic market.

In April, the Commerce Ministry also decided to put all FDI proposals from countries sharing border with India under the government approval route. Companies whose beneficial ownership also lies in such countries will have to undergo government scrutiny for any change in foreign holding, as per the revised norms.

China later criticised the move and said that it violates the World Trade Organization's principle of non-discrimination.

So, as the border tussle is on and diplomatic talks too are underway, the public emotion in terms of an economic dent to China are here to stay for some time. Economic ties, ranging from trade to investments for the time being seem safe, although with hiccups.