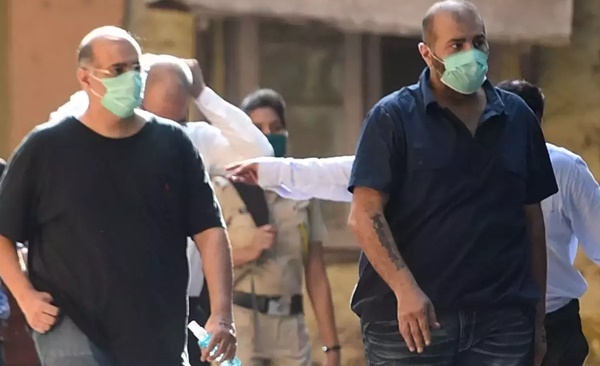 The Wadhawan brohters after they were caught in Mahabaleshwar last month |

The Enforcement Directorate (ED) on Friday told a special court that it needs to probe a Rs 1,000 crore property in Australia mortgaged by Dewan Housing Finance Corporation Limited (DHFL) to a Dubai-based firm. The ED has also asked the court to seek a further five-day custody of the DHFL’s promoters Kapil and Dheeraj Wadhawan.

The Wadhawans have claimed that the property was mortgaged due to losses, but the ED said that it need to probe the matter to confirm the claim made by the brothers.

The ED also told court that DHFL infused Rs 1,000 crore into four companies, which in turn invested in UAE and Australia-based firms. The agency also added that the Wadhawan brothers were not cooperating with them to reveal the names of the companies.

The ED also added that it is aware of an email interaction between a DHFL official and Kapil Wadhawan. The email, the ED says, has details of the amount of money infused into companies in Singapore and Mauritius. The ED believes that the transaction are proceeds of crime that require to be probed.

Advocate Subodh Desai, who represented the Wadhawan brothers, argued that the case is regarding YES Bank, which is already being probed by the CBI. The Wadhawan brothers have been in CBI custody and all evidence material is available with the top investigation agency. He further stated that custodial interrogation by the ED was not required.

The court extended their custody with the ED till May 27.

The Wadhawans are accused in the YES Bank scam now pegged at over Rs. 5,000 crores. The ED claims that the bank made investments of Rs. 3,700 crores in DHFL, in exchange for which the Wadhawans allegedly paid a kickback of Rs. 600 crores to the founder and ex-CEO of the bank Rana Kapoor through a company in which his daughters were directors.