In its half-yearly earnings statement, the company said it expects an international arbitral tribunal to shortly give a decree on its challenge to the Indian government seeking Rs 10,247 crore in retrospective taxes.
PTI 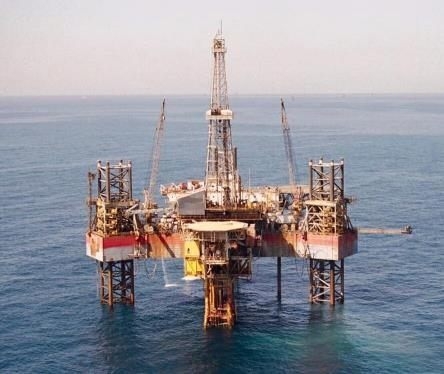 British oil explorer Cairn Energy Plc on Tuesday said it is seeking from the Indian government USD 1.4 billion (about Rs 10,300 crore) in losses arising from the expropriation of its investments to enforce a retrospective tax demand.

In its half-yearly earnings statement, the company said it expects an international arbitral tribunal to shortly give a decree on its challenge to the Indian government seeking Rs 10,247 crore in retrospective taxes.

"The main evidentiary hearing of Cairn's claim under the (UK-India Bilateral Investment) Treaty took place in August 2018 in The Hague with a final hearing in December 2018. All formal hearings and submissions have now been made and the tribunal is in the process of drafting its award," the firm said.

The tribunal, it said, has indicated that "it expects to be in a position to issue the award after the end of the summer of 2020, with no significant delay expected as a result of COVID-19." Cairn said it is seeking "full restitution for losses of more than USD 1.4 billion resulting from the expropriation of its investments in India in 2014; continued attempts to enforce retrospective tax measures; and the failure to treat the company and its investments fairly and equitably." This is the second most high profile retrospective tax litigation. Last week, an international arbitration tribunal ruled that India's efforts to claim Rs 22,100 crore in past taxes from Vodafone Group were in breach of fair treatment under the bilateral investment protection pact between the south Asian nation and the Netherlands.

Cairn, which gave the country its biggest oil discovery, received a notice from the income tax department in January 2014, raising a preliminary assessment of Rs 10,247 crore tax liability relating to the group reorganisation done in 2006.

Alongside, the department attached the company's near 10 per cent shareholding in its erstwhile subsidiary, Cairn India.

Cairn Energy had in 2010-11 sold Cairn India to Vedanta. Following the merger of Cairn India and Vedanta in April 2017, the UK firm's shareholding in Cairn India was replaced by a shareholding of about 5 per cent in Vedanta issued together with preference shares.

In addition to attaching its shares in Vedanta, the tax department seized dividends totalling Rs 1,140 crore due to it from those shareholdings and set off a Rs 1,590-crore tax refund against the demand.

Pending the final award, the tax department sold most of Cairn Energy's shares in Vedanta to recover part of the tax demand.

"Based on detailed legal advice, Cairn remains confident that it will be successful in this arbitration and accordingly no provision has been made for any of the tax or penalties assessed by the Indian Income Tax Department," the firm said on Tuesday.

The Treaty, it said, affords strong provisions to enforce a successful award and a decision of the Tribunal under the terms of the Bilateral Investment Treaty is binding on both parties.

"The Group also has legal advice confirming that the maximum amount that could ultimately be recovered from Cairn by the tax department, in excess of the assets already seized, is limited to the value of (the firm's) assets, principally the remaining ordinary shares in Vedanta Ltd with a value of USD 3.3 million at June 30, 2020," it added.