The book, 'Gautam Adani: Reimagining Business in India and the World' is published by Penguin Random House India

This is the case with Gautambhai as well. While he started with the plastics and PVC trading business, he gradually gave it up, and shifted to coal. At one time, the brothers were into ship breaking, both in India and the US. But it took too much of management time and effort and that too was given up. Unlike some of his brothers who were into textiles, he chose to stay away from this line of business. Then, as the prospects for coal became bigger and brighter, he went in for coal mining. That in turn became one of the core businesses for his ports when Mundra became operational. One of the first businesses to be hived off was dealing with ships that were scrapped, and trading in the metal salvaged.

Harsh Mishra, former group president, international business, recalls how Gautambhai told him to scout around for mining opportunities — especially in coal. The first opportunity sighted was a US Navy ship dismantling yard which was acquired in 2005 for $5 million. But that did not fit in with Gautambhai’s plans — though one of his brothers, Vinod, was still into steel trading. This unit was hived off in 2011.

The idea of using Gujarat for making aluminium stayed with Gautambhai. In December 2021, the group finally announced that it would foray into the production of aluminium.

Adani Enterprises Ltd, the flagship company of the diversified Adani Group, has formed a fully-owned unit named Mundra Aluminium Ltd to set up alumina refinery and aluminium smelter. The group has entered into discussions with IOC which already has strategic reserves of oil at Mundra, to join him in producing battery grade aluminium. Such vehicles are already on trial with Mahindra. If all works out, the Adani Group may finally get into aluminium, though into a niche product where he can be a market leader. IOC, it may be recalled, has already tied up with Israel-based start-up Phinergy for development, manufacturing, assembly and sale of aluminium-air batteries. The Adani Group is in discussions with this public sector company. And now with the recently announced plans of setting up a 4 million TPA integrated alumina refinery in Odisha, the group’s involvement with this metal gets even more interesting. It is quite possible that the alumina will be shipped to Mundra, where (solar) power is cheaper and then converted to aluminium. Also on the anvil is setting up a plant for making PVC through coal.

A similar decision was taken with Adani Retail, located in Ahmedabad. ‘There is a corridor of opportunity. If you do not pay attention, you may opt for undesirable or sub-optimal path,’ is how Devang Desai puts it. It is also the ability to hive off what could become a distraction in the larger scheme of things. That is why he opted to hive off a call centre that he had started. Ditto with a chain of retail stores; there were sixty-four shops that sported the Adani Retail legend. He sold them off to Reliance Industries Ltd. ‘If you cannot be Number #2 or Number #3 in any business, it is best to give it away,’ says Gautam quite often. As mentioned earlier, when it came to the ship dismantling business in the US which augmented the steel scrap trading business, he opted out because it took too much of management bandwidth and time and did not have the potential of making this business # 2 or #3 in India.

‘Focus on cost, not the market, is what Gautam reminds us quite often,’ says Mahadevia. ‘You can control the former, not the latter. He is obsessed with cost and speed. At the same time, he is more concerned with how to manage speed, which in turn leads to processes. In many ways, he is an expert at managing chaos.’

Ditto with Welspun Adani. Bal Krishan Goenka is a friend of Gautambhai. Once again, when he pointed to the enormous profits that lay in the oil business, Gautambhai is said to have told him that he had no understanding of the oil business. He could finance the business, but the day-to-day management would be that of Goenka. Once again, in typical Gautambhai style, a 50:50 venture was proposed. The $1.5 billion (around Rs 7035 crore in 2009) Welspun group was one of the largest steel pipe and home textile furnishings makers in India. He planned merging three promoter-owned investment companies so that he could raise funds.

Read Also
Consul General of Poland, Damian Irzyk: 'Poland was the first country to respond to the major... 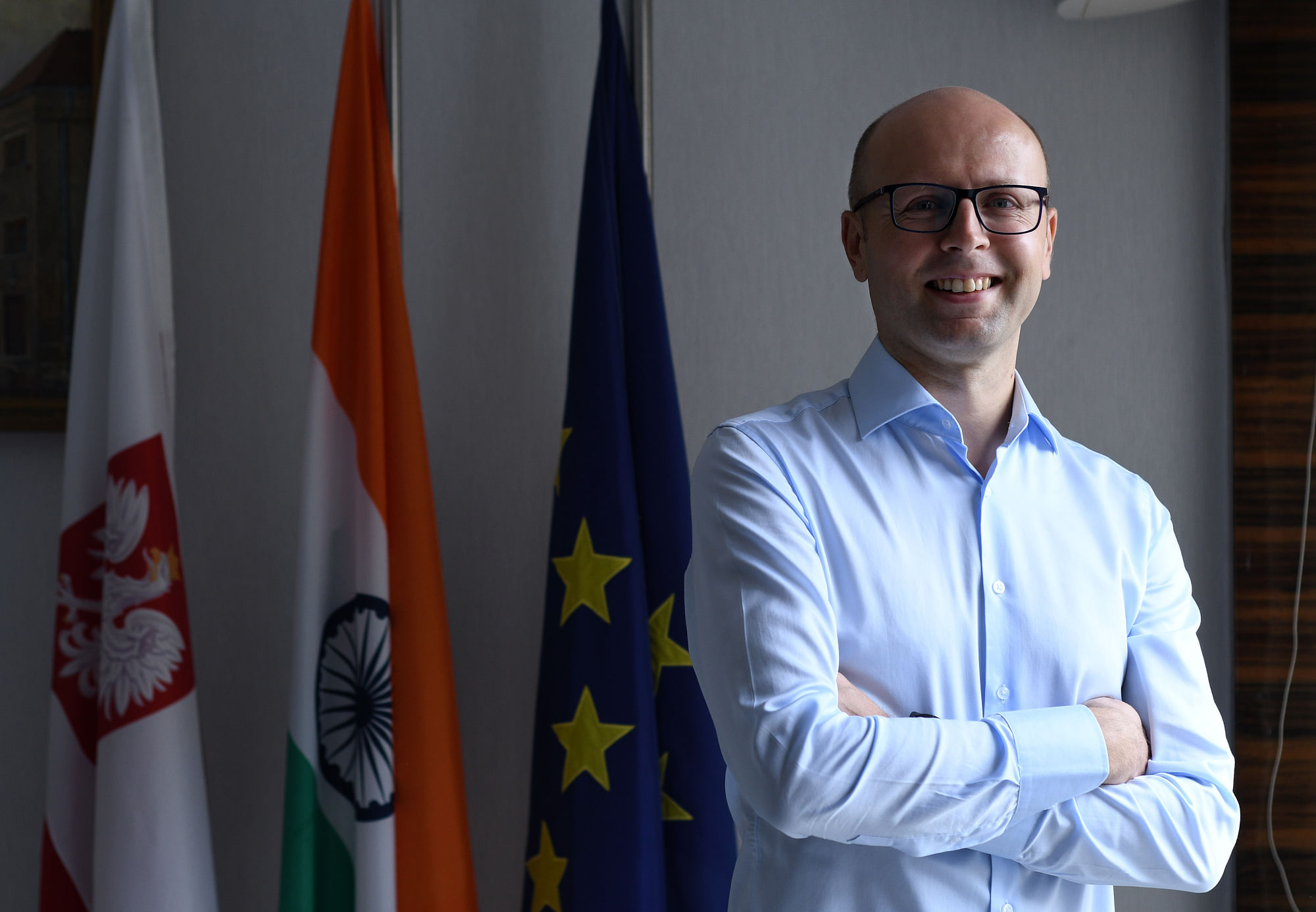 ‘We can either borrow money or sell equity of the holding company to meet future cash requirements,’ said Goenka, and added that this depends on funding needs in the next growth phase. Three years later, Goenka began discussions with Gautambhai. By 2014 both had decided to float Adani-Welspun, a 50:50 joint venture. The idea was to invest $1.5 billion in US shale and Canadian oil sands assets. Plans were also drawn up to begin oil exploration. By 2015, media reports suggest that Welspun had already invested Rs 3000 crore into the energy business, including Rs 500 crore of equity. All seemed well for some time. But both discovered that the results of exploration weren’t that impressive. Finally, both decided to wind up Adani-Welspun. Gautambhai remains unfazed when he has to take a decision to wind up a business plan that once looked attractive. If the results aren’t good, and the prospects don’t look promising as well, he does not let friendship cloud his judgement. He decides to cut losses immediately.

That could also explain why he abandoned all initial plans put up before him for the development of Mundra Port. ‘He saw Mundra Port as a diagram — of inflow and outflow of cash. Anything that would cause strain on either would need to be modified. Phasing out the port was not even considered earlier,’ adds Devang Desai. All the earlier plans put up before Gautambhai involved development and then business generation. Gautambhai wanted a plan that could do both at the same time. He wanted cash flow and expansion simultaneously.

It was also the reason why other possible suitors for the terminal at Mundra were just kept out of the reckoning. Because the others — A.P. Moller, Hutchinson, American President Lines — were in ocean liner businesses as well. P&O was exclusively a terminal operator. That would ensure that there would be little conflict of interest. Gautambhai has added a couple of additional container terminals and a RORO (Roll-On-Roll-Off) terminal for handling automobile loading and unloading. A large number of liners are now calling at these terminals as they have no clash of interest. A well-thought-out strategy at the time of leasing the first container terminal is paying off handsome rewards to Gautambhai today. Gautambhai’s ability to hive off businesses that have little chance of scaling up are based on a simple logic. ‘You should be the least cost producer, which is possible only if you have large capacity,’ says Mahadevia. Business logic and people assume prime priority in Gautambhai’s mind. Then to facilitate both business and people, processes must be found.

Read Also
India’s future may lie more with Russia and China than with the US, writes RN Bhaskar 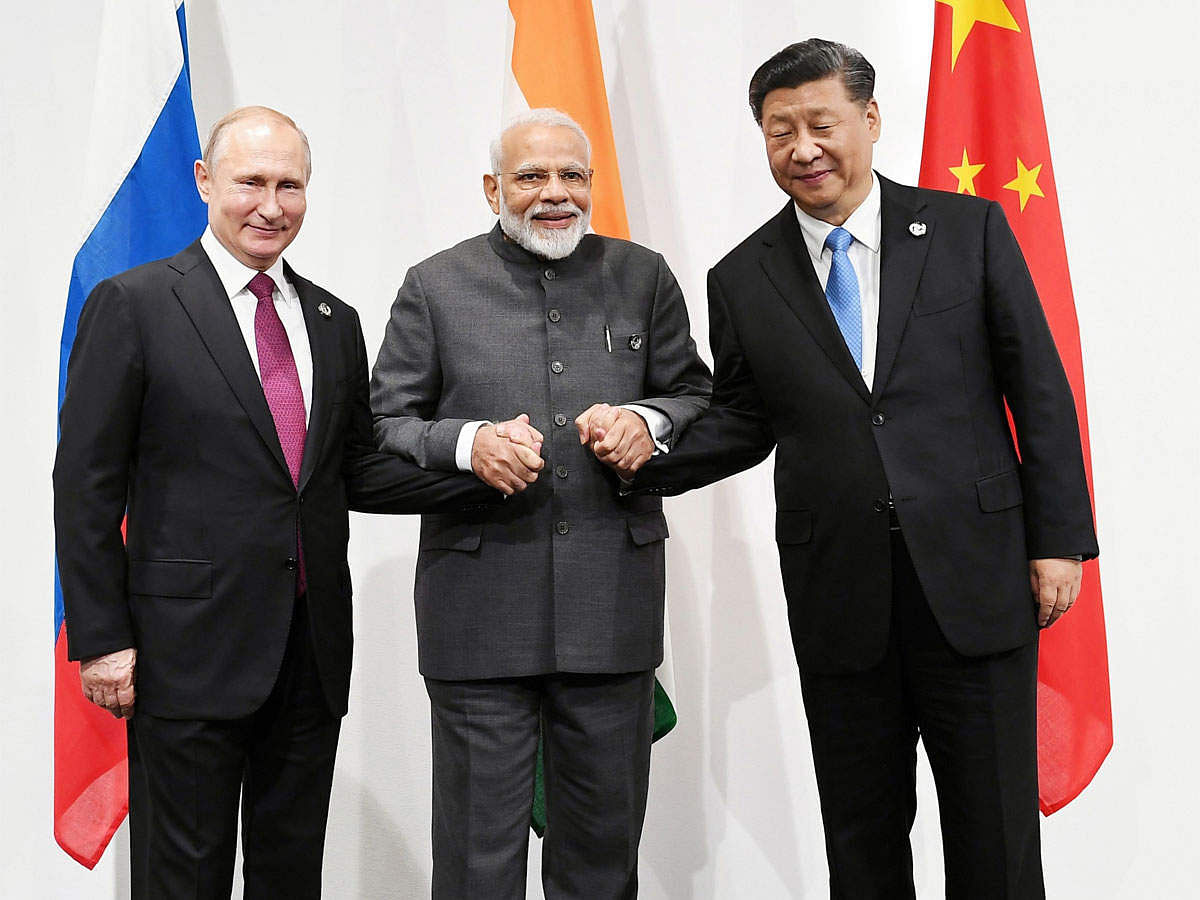