Madhubala's sister, 96, put alone on a flight to Mumbai, after being kicked out from New Zealand home

Kaniz, 96, was allegedly kicked out by her widowed daughter-in-law from their New Zealand home and put on a flight to Mumbai alone.

Widely known as 'The Marilyn Monroe of Bollywood', Madhubala was a gifted actor and was known for her beauty, personality and sensitive portrayals of women in films.

However, her fledging career and life was cut short when she breathed her last on February 23, 1969, due to prolonged illness.

The actress is survived by two sisters Kaniz Balsara and Madhur Bhushan.

As per a report by ETimes, Kaniz, 96, was allegedly kicked out by her widowed daughter-in-law from their New Zealand home and put on a flight to Mumbai alone.

Her daughter Perveez, who lives in Bandra was informed via a cousin, shared that her mother was mistreated by daughter-in-law Sameena for several years.

Perveez states that she was called by the airport authorities who informed her that her mother was penniless and couldn’t afford a mandatory COVID-19 (RTPCR) test.

Madhur added that her sister’s money had also been taken away.

The legendary actor, who graced the Indian cinema with her art and beauty, Madhubala is sorely missed by millions of her fans.

Born in Delhi on this day in 1933, Mumtaz Jehan Begum Dehlavi was raised in a town located near the Bombay Talkies film studio. She appeared in her first film at the age of 9, billed as Baby Mumtaz.

Raised in the slums of Bombay, she supported her family as a child star and soon became a leading lady known for her elegance on screen and considerable acting abilities.

The classic actress of the bygone era was featured in some of the best timeless classics such as 'Amar', 'Chalti Ka Naam Gaadi', 'Mughal-e-Azam', 'Barsaat Ki Raat'. 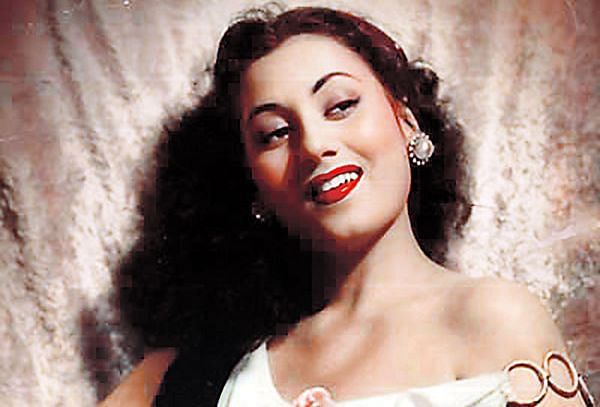 HomeEntertainmentBollywoodMadhubala's sister, 96, put alone on a flight to Mumbai, after being kicked out from New Zealand home