Actress Shreya Dhanwanthary, who worked with Pratik Gandhi in the web series 'Scam 1992', shared an unseen photo to wish him on his birthday on Thursday.

Shreya shared the photo along with a witty and humorous caption.

Taking to social media, Shreya wrote, "It's this jigar's birthday too! Happy Birthdaaaaay my favorite nemesis." 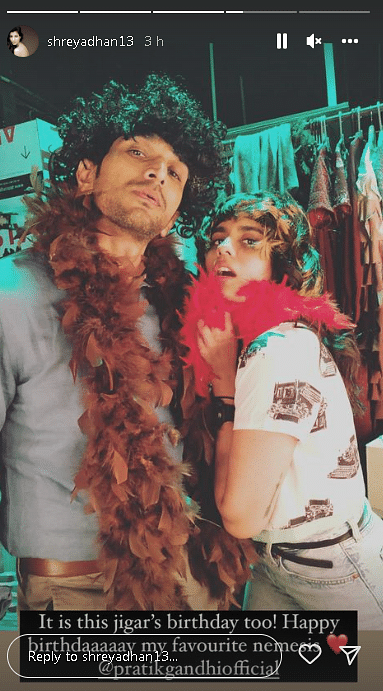 Shreya also wished the director of her show 'Mumbai Diaries', Nikkhil Advani with a heartwarming note and picture.

Shreya rose to fame by delivering an outstanding performance in 'Scam 1992'. She essayed the role of Sucheta Dalal and won hearts with her splendid performance as a dedicated journalist.

She again plyaed the role of a journalist in 'Mumbai Diaries'. She is set to be seen in the sequel of the series.

Shreya, who was last seen in 'Looop Lapeta' is also set to make her theatrical debut with R Balki's 'Chup' releasing in September this year. She will also be seen in Nawazuddin Siddiqui-starrer 'Adhbut'.