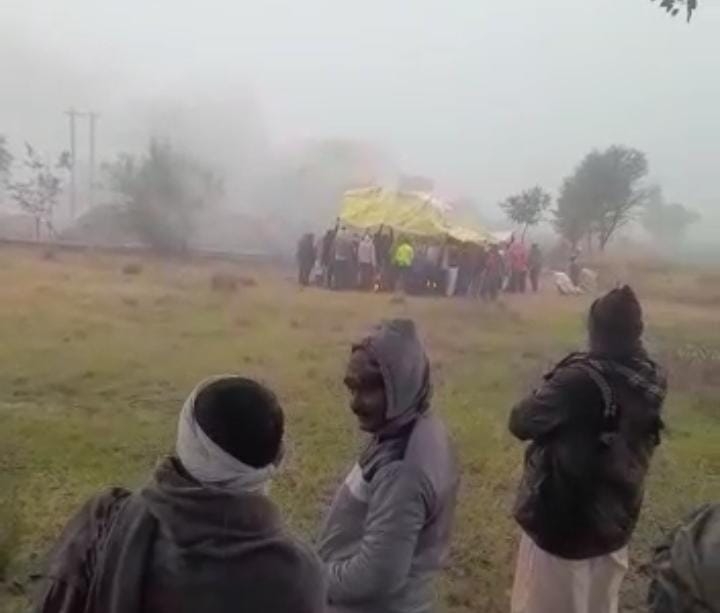 Gwalior (Madhya Pradesh): Villagers performed the last rites of an elderly woman under a shed of tarpaulin amid heavy rain in Doni village under Chinor tehsil in Dabra, Gwalior on Friday.

A video of the incident went viral on social media. Villagers claimed that the population of the village was around 2500 but they had given any facilities. The elderly woman, Paro Bai Batham succumbed to illness on Wednesday evening. But they failed to perform her last rites as it was continuously raining in the area for the last two days.

When the rain did not stop till afternoon on Friday, then the villagers were forced to perform the last rites in rain. The villagers reached Muktidham and there was no facility to avoid the rain. Even there was not any platform to keep the body.

People gathered over there somehow managed and brought tarpaulin to perform the last rite under its shed.

Residents of the village said that they had complained several times to the sarpanch to build the platform but their problems were not heard till date. Collector Kaushlendra Vikram Singh said that he was not aware of the matter. He would talk to the officials and would collect information about the incident.

Gwalior: After bettor’s arrest, many skeletons tumble out of closet
Advertisement