The IndiGo Airlines has announced four new flights from Jabalpur to four different cities of the country.
Staff Reporter 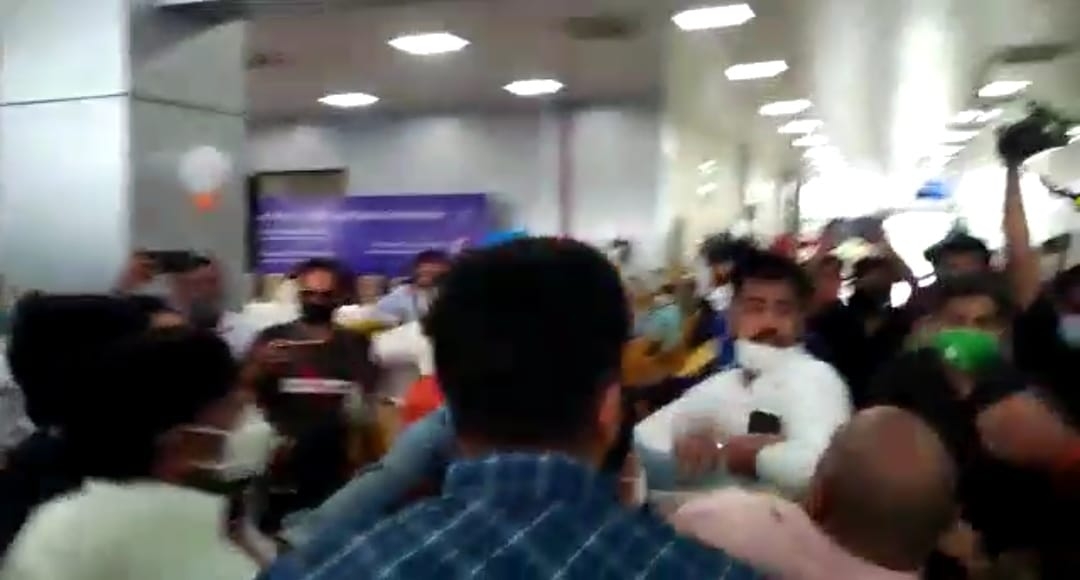 Jabalpur (Madhya Pradesh): There was a chaotic situation at Dumna Airport on Friday when BJP leaders and workers picked a fight with IndiGo employees and beat them up. Video clippings of the incident went viral on social media.

The IndiGo Airlines has announced four new flights from Jabalpur to four different cities of the country.

As BJL MLAs were allowed to participate in the programme, their supporters were stopped at gate. This enraged the BJP workers and leaders so much that they got into scuffle with Airlines employees.

The scuffle turned ugly when a group of BJP leaders started beating up to Indigo employees.

No police complaint was lodged till filing this report

The IndiGo Airlines officials deployed at the Airport could not be contacted for comments even after repeated attempts.