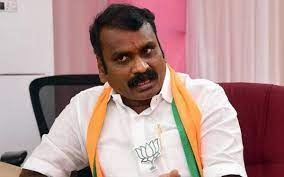 BJP has announced name of Information and Broadcasting minister for Rajya Sabha seat from Madhya Pradesh. The party central office made the announcement on Saturday.

The by-poll has been necessitated due to resignation of Thawar Chand Gehlot from the Upper House, following his appointment as a Governor. Murugan is likely to be elected unopposed as the Congress has decided not to field its candidate against him.The Election Commission of India has made the announcement to hold the by-polls on October 4. Voting will be held between 9 am and 5 pm and counting of votes will be held the same day after 5 pm. According to the ECI, the last date of filing nominations is September 22. Scrutiny of the nominations will take place the next day, September 23 and candidate can withdraw nomination by September 27.