Around 200 staffers of BMC have been pressed into service to restore the civic amenities disrupted due to torrential rain, said BMC Commissioner KVS Chaudhary. Mainly fallen trees were removed to clear the vehicular movement in various parts of the state capital, he added. Entire BMC teams are in the field to restore the services and drain the flood water, said the commissioner. The employees of the discom and electricity department were on their toes to restore power supply.

Collector Avinash Lavania and IG (rural)  Irshad Wali visited Berasia. People trapped in floods in different rural areas of the tehsil were rescued by joint teams of NDRF, SDRF and District Police Force throughout the night. On Monday, more than 200 people were shifted to the nearest relief centers in Hegoni, Janakpur and Laharpur of Berasia. 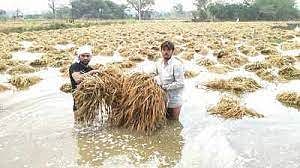