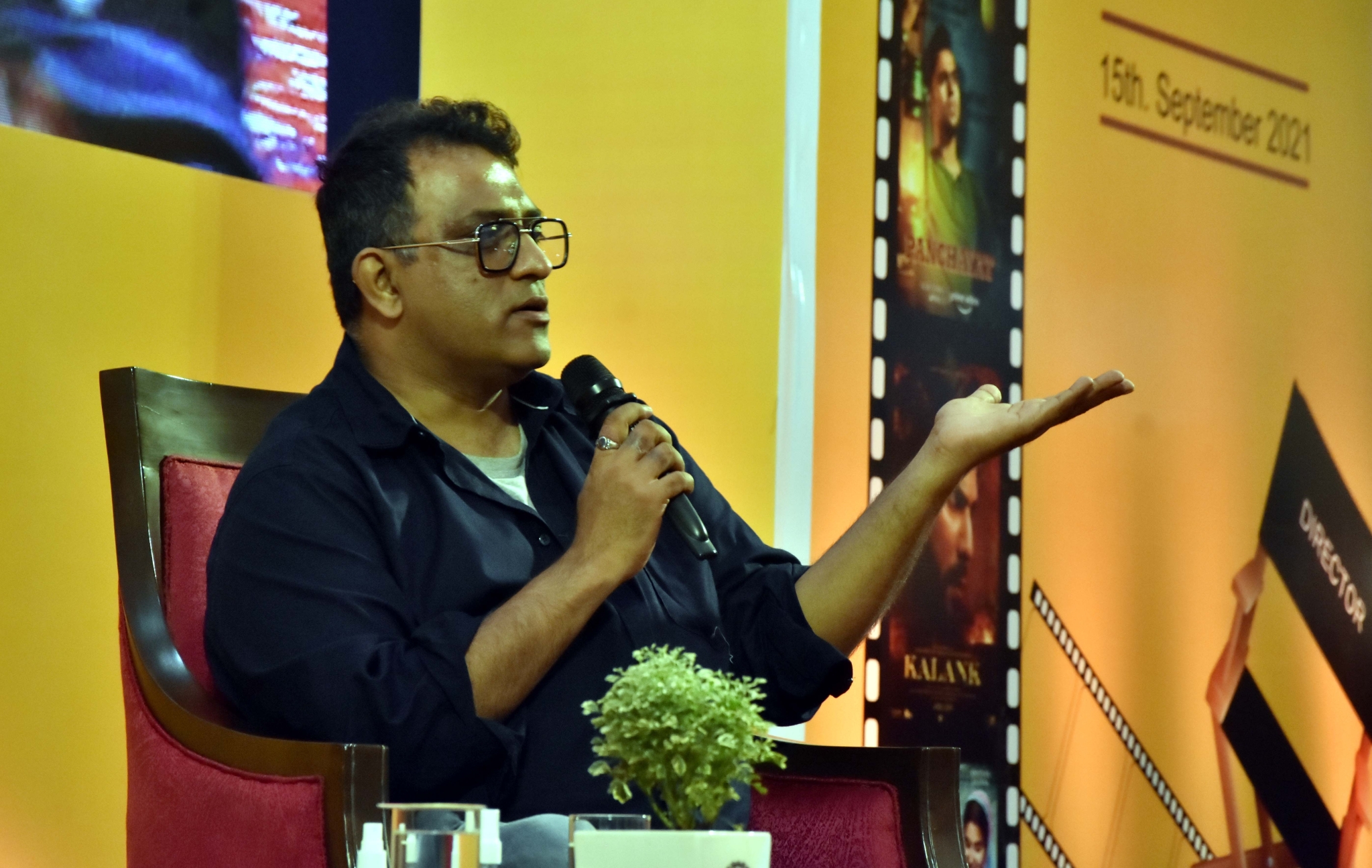 Bhopal (Madhya Pradesh): The Covid-19 pandemic has made people ‘cinema-literate’, says film director and writer Anurag Basu. During their forced confinement to homes, people had access to a wide variety of films on OTT platforms and they watched them according to their choice and interest, he says.

Basu was talking to newspersons on the sidelines of a film-making workshop, ‘The Expert’s Shots’ at Minto Hall on Wednesday. The Madhya Pradesh tourism department organised the event to hone the skills of youths from the state interested in film-making.

Basu said that OTT platforms should exercise self-censorship. In fact, he said, a mechanism for self-censorship seems to be already in place on OTT platforms. In future, OTT platforms and theatres would both thrive, Basu was confident. He said that the religious sentiments of people get hurt very easily in India. And one reason for this is the bewildering diversity of religious beliefs and practices in the country. “For instance, if someone is shown eating fish in a Durga Puja pandal, a Gujarati may feel hurt. But Bengalis do eat fish during Durga Puja,” he said.

Basu said that he had learnt film-making by visiting sets. He said that a budding film-maker needs to read a lot. “When you read books, their contents get stored in your brain and, with time, crystallise into ideas,” he said. Basu said film director Mahesh Bhatt used to say that one should ‘inhale life and exhale cinema’. “I followed this mantra of Bhatt Saheb,” Basu added.

Madhya Pradesh was the best destination for shooting films in the country, Basu said. “There are no hassles and we feel welcome here,” he said. Basu said that only a story-teller can become a good film-maker. When asked about his favourite shooting destinations in the city, he listed Khajuraho and the forests of Panna.

Casting director Mukesh Chhabra was asked by a member of the audience why local actors get only ‘one-liner roles’ in the films shot in the state. ‘That’s because there are no proper casting directors here. There are only coordinators, but this situation is going to change,’ he said. Film writer Raj Shandilya said that no role is big or small. ‘One can impress the audience even in a one-liner role,’ he said

Alok Chatterjee, director of the MP School of Drama, said that only a mass hypnotiser can be a good actor. He said that, in India, films owe their origin to theatre. Chhaterjee listed ‘Abhigyan Shakuntalam’, ‘Hamlet’, ‘The Man Without a Shadow’ and ‘Death of a Salesman’ as must-reads for those aspiring to build a career in film-making. Actor Shivkant Parihar conducted the workshop

Inaugurating the event, tourism minister Usha Thakur said that Madhya Pradesh had devised a policy to turn the state into a favourite destination of film-makers. Principal secretary, culture, Sheo Shekhar Shukla said that the workshop would help build the organic ecosystem for film-making in the state