Advertisement
Home / Bhopal / Madhya Pradesh: Vaccinating everyone above 18 to cost just 0.36% of GDP

Madhya Pradesh: Vaccinating everyone above 18 to cost just 0.36% of GDP

The maximum impact is likely to be on Bihar followed by Uttar Pradesh, Jharkhand, Manipur, Assam, Madhya Pradesh and Odisha.

New Delhi/Bhopal: Vaccinating everyone above 18 in the phase III of the inoculation drive will cost only about 0.36 per cent of the GDP, ratings agency India Ratings and Research said.

As the second wave of Covid-19 sweeps the country with alarming speed and severity, the Centre recently announced a liberalised and accelerated phase III strategy of vaccination. Under this phase, all persons above 18 years of age will be eligible to get Covid-19 vaccine doses from May 1.

Consequently, the total size of the population that will now be eligible for vaccination would be 841.95 million out of the total population of 1,332.69 million. As per Ind-Ra's calculations, vaccinating the targeted group may cost Rs 671.93 billion, of which the Union government is expected to spend Rs 208.70 billion and state governments together will incur Rs 463.23 billion. 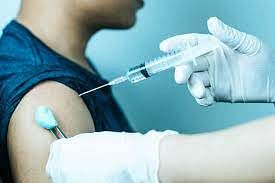 "The Union government has said that under this scheme, the pricing, procurement, eligibility and administration of coronavirus vaccines will be made flexible."

"While the vaccination drive will continue as before, providing free vaccination to priority populations such as healthcare workers, frontline workers and population above 45 years of age, states and Union Territories have been allowed to procure additional Covid-19 vaccine doses directly from the manufacturers and open-up vaccination to people above the age of 18 years."

As a result, Indian vaccine manufacturers would now be supplying 50 per cent of their production to the Indian government and the balance 50 per cent would available for procurement by the state governments and the open market. "This is not a big amount as Rs 671.93 billion and works out to be just 0.36 per cent of GDP. If we split it between the Union government and state governments, then the fiscal impact on the union budget would be 0.12 per cent of GDP and on the state budgets would 0.24 per cent of GDP."

According to Ind-Ra, the maximum impact is likely to be on Bihar followed by Uttar Pradesh, Jharkhand, Manipur, Assam, Madhya Pradesh and Odisha.

"Since the antibodies generated by these vaccines are likely to last for 12-18 months, this expenditure would be a recurring expenditure on Union and state budgets. However, many states such as Kerala, Chhattisgarh, Bihar and Madhya Pradesh have already announced that the government will bear the cost of vaccination."

"Vaccinations by large corporate groups will reduce pressure on state/central budget." Besides, Ind-Ra said given the magnitude of the problem and the economic cost the second wave of Covid-19 pandemic is likely to inflict on the economy, "it is too small an amount".

"However, more than the money spent, the critical factor would be how soon the desired level of vaccination can be achieved." "Therefore, the decision to allow the restricted emergency use of Russian vaccine Sputnik-V and other vaccines approved by the US, EU and WHO is another step in the right direction. This will only accelerate the vaccination effort in the country."

The first batch of Sputnik V is expected to be delivered to India by April-end, it added.