Bhopal (Madhya Pradesh): Congress leader Rahul Gandhi has said since the beginning of the Bharat Jodo Yatra that it is apolitical and is highlighting the issues the country is facing.

The Yatra, which has entered Hindi belt through Madhya Pradesh, seems to have turned into a photo session for the Congress leaders. Instead of being serious about the Yatra, the party leaders in the state are busy in photo session and in sending those photos to social media.

The core team, taking part in the Yatra, is unhappy about the non-serious conduct of the Congress leaders. Many dogs are brought to the Yatra and children are shown with their piggy banks. Congress legislator Jitu Patwari has converted the Yatra into a mockery by paddling a bicycle and driving a motorcycle.

When Rahul Gandhi began his Yatra from Kanyakumari, he said it would fight against the fear and bitterness among people. It was said that Yatra would unite the people of the country. Nevertheless, after the Yatra’s entry in the state, it has become a photo session for the party leaders.

In the beginning, Independent MLA from Burhanpur Surendra Singh Shera showed his strength. In Indore, it was a display of strength by party legislators Sanjay Shukla and Jitu Patwari. The Congress leaders, instead of putting up serious points, are walking with Rahul Gandhi only a few meters to get their photographs.

Just before the beginning of the Yatra, state Congress president Kamal Nath had given responsibility to each leader.

Former chief minister Digvijaya Singh warned against displaying any kind of might during the Yatra, but all the pleas of the senior leader fell on deaf ears. 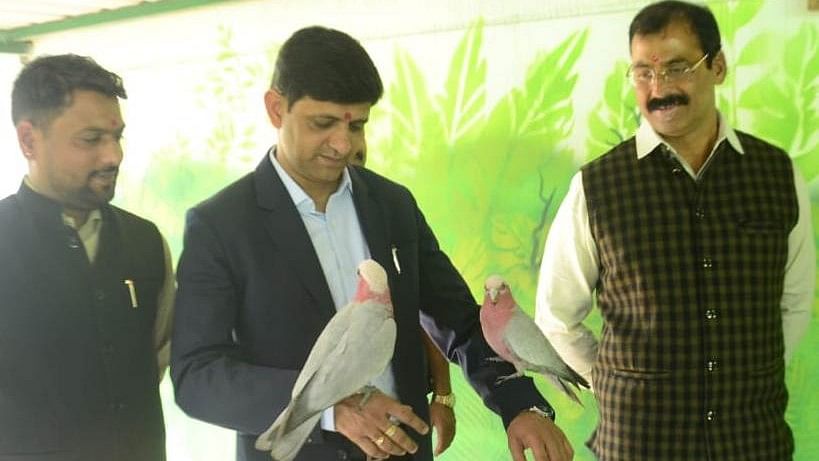