The industrial waste like fly ash has turned farmlands barren. The farmlands in Harrhawa, Chhiwalha, Chandawal and in Semria villages at Bedhain Tehsil have become infertile because of industrial pollution.

Singrauli (Madhya Pradesh): Serpents of smoke emerging from the chimneys of Singrauli power plant trail one after another and festoon the sky with a black rug.

Fly ash and carbon released from those chimneys have polluted the air of Singrauli, adjacent to Uttar Pradesh, but the power plants have yet to install a de-sulphurisation equipment, said environmentalists.

According to sources in the plant, the plant management is not disposing of industrial waste, despite a severe dressing-down by the National Green Tribunal. It has had a serious impact on farmlands and human health, sources further said.

Singrauli is the power hub of the country and more than 25,000-MW electricity is generated from this place, but it is posing a hazard to public health and to the environment.

The industrial waste like fly ash has turned farmlands barren. The farmlands in Harrhawa, Chhiwalha, Chandawal and in Semria villages at Bedhain Tehsil have become infertile because of industrial pollution.

The layer of fly ash gathering on the green leaves is destroying the crops.

According to a report submitted by the government to NGBT and to Parliament, power plants are producing 2.50 crore tones of fly ash every year.

Nevertheless, the management of those plants has failed to dispose of 20% of fly ash. Not only Singrauli, fly ash is also posing hazard to the people in Sonbhdra district which belongs to the region.

In 2019, the National Green Tribunal showed some strictness and asked the power plants to dispose of fly ash. Else, a sum of Rs 30,000 would be imposed on the defaulting power plant daily, NGT said.

In 2021, NGT found that the amount of fine had gone up to crores of rupees, sources further said.

The Pollution Control Board has found that the air quality in Singrauli has reached a dangerous level.

According to environmentalists, this is the most polluted of all areas in the region.

Main reasons for pollution in Singrauli

25,000-MW electricity is generated in Singrauli

100 units are polluting the air

Read Also
Singrauli: One teacher's dedication was the only hope for students in district 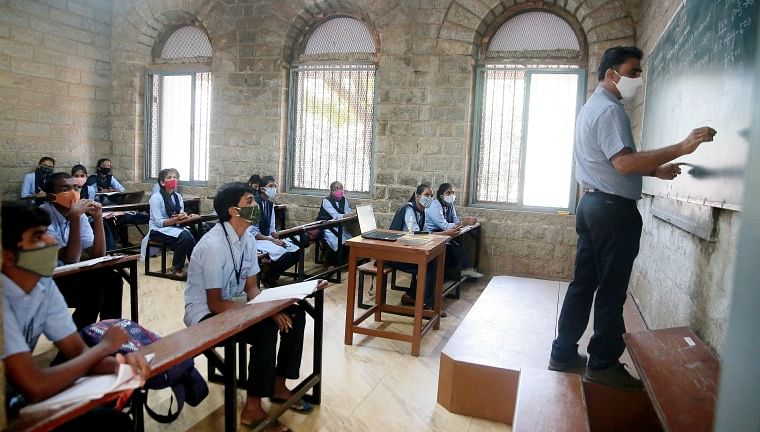