Demands that 2 years residency period in pandemic time should be equated with 2 years of their bond period.
Staff Reporter 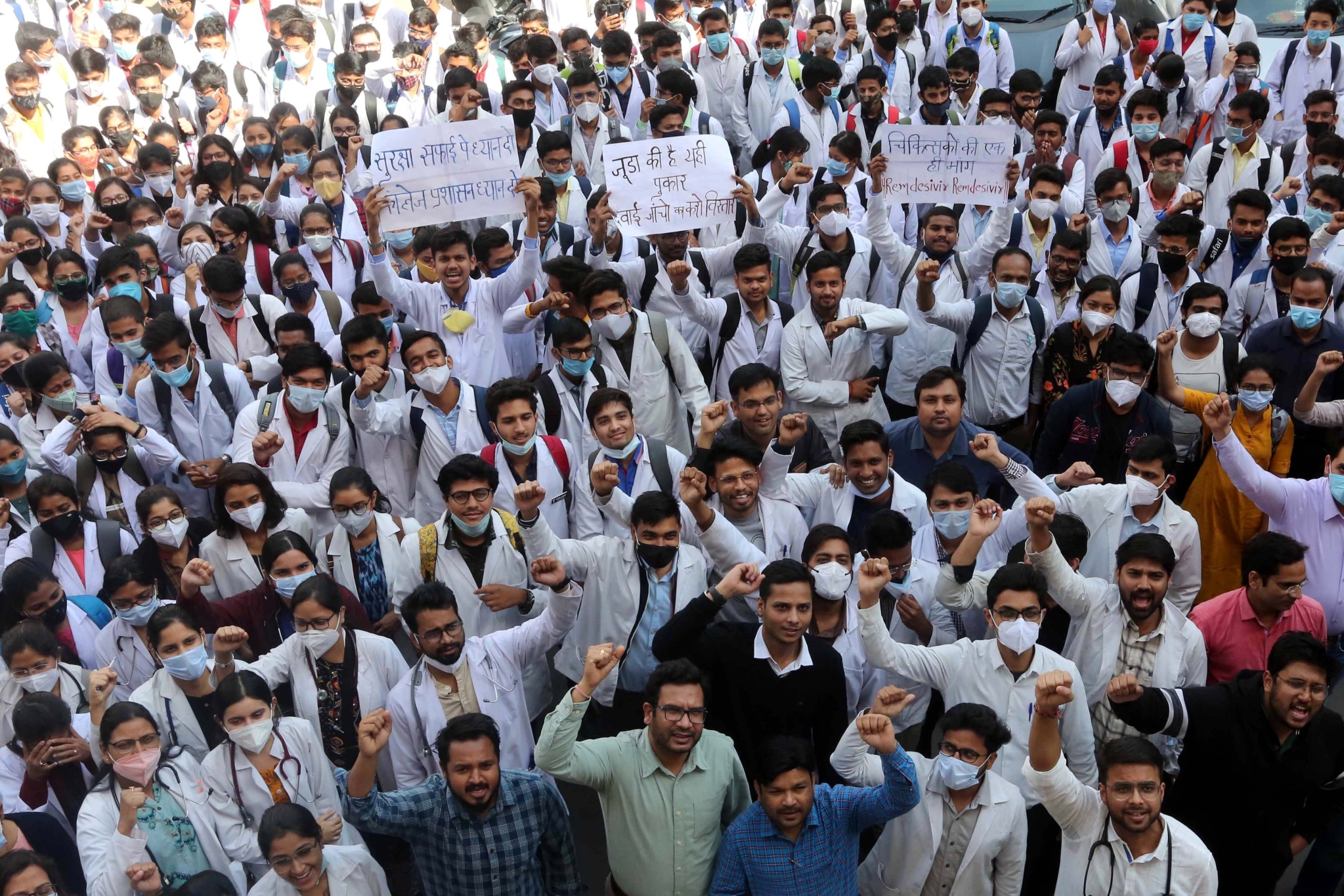 Bhopal (Madhya Pradesh): Junior doctors of Madhya Pradesh medical colleges are up in arms against the government alleging it for breach of promise regarding fulfillment of demands as far as implementation of bond clauses regarding serving in rural areas is concerned.

Citing relaxation given to medicos in Gujarat, JUDA president Dr Arvind Mina said, “In April this year, when Covid-19 cases were on the rise during the second wave, the Gujarat government had announced that one day of Covid-19 duty will be considered equivalent to two days of bond duty. Thus, six months in Covid-19 wards will be considered as one year of bond period. So, it is a 1:2 ratio there.”

But in Madhya Pradesh we are demanding that at least two years of our residency period during the pandemic should be equated to two years of Bond signed for working in rural areas, this comes to 1:1 ratio, said Mina.

As the second wave of Covid-19 brought with it an uncontrollable surge of cases burdening hospitals, the Gujarat health department on April 12 issued a Government Resolution (GR) stating that for final year postgraduate students (resident doctors) who took admission in 2018, the residency period would be extended by three months and would be counted as part of bonded service in a 1:1 ratio, that is, one day of residency duty equals one day of bond service. Notably, for those who were admitted in post-graduation courses in 2017, a similar GR with 1:2 ratio was implemented in July 2020.