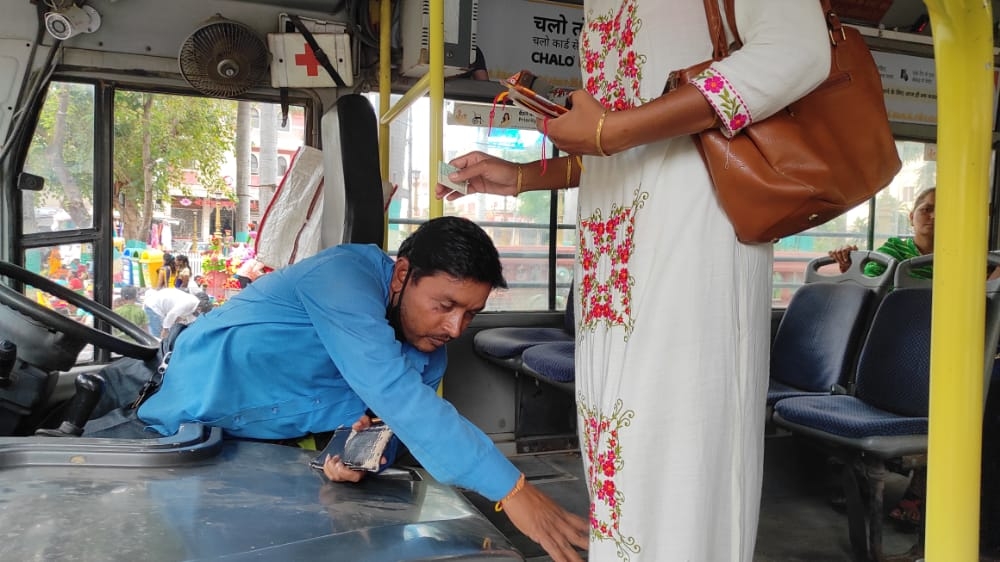 Every woman tied Rakhis to the wrists of their brothers on the occasion.

Many people launched donation drives and shared Rakhi kits with the underprivileged.

Besides, they were offered free ride on city buses, i-buses and electric buses, the women said.

A large number of women who travelled by bus tied Rakhi to the wrists of drivers and the conductors thanking them for a safe ride. 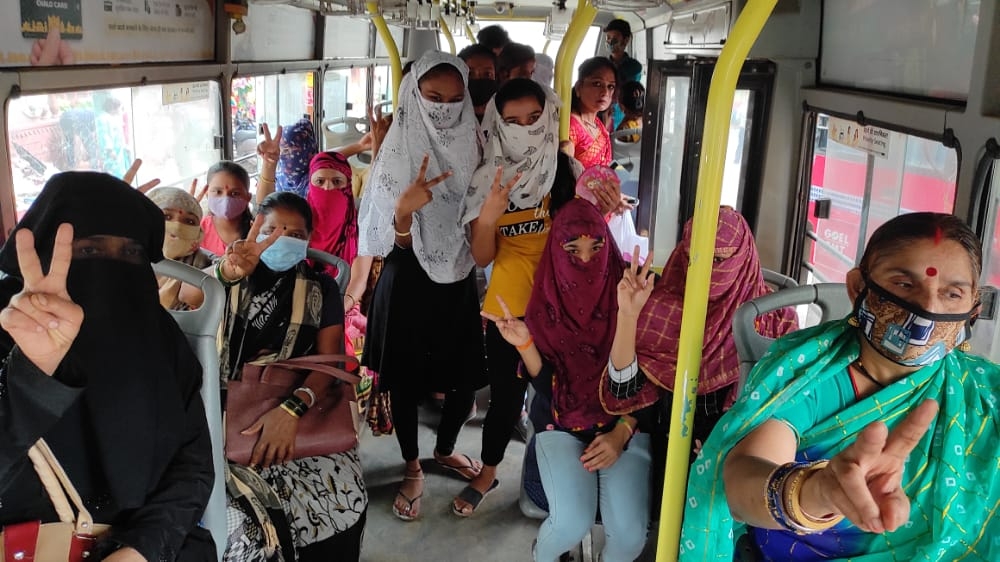 Many organisations distributed Rakhi kits and sweets to the underprivileged.

Pankaj Fatechandani who leads one such organisation said, “We have prepared Rakhis in the Vedic style for families and gave it to them with a message related to women’s safety.”

Rakhis, sweets, clothes and other items of daily use were provided to them.

From Nath Mandir to Vijay Nagar and from Sapna Sangeeta Road to Mhow Naka, people queued up from the morning to buy sweets.

The stock of special sweets ran out of stock in famous shops of the city.

The five generations of the Dalal family gathered at one place to celebrate the occasion.

The eldest in the family was Kanak Dalal who is 78 years old. The youngest one of the fifth generation is three-year-old, Dhivi Haran.

This time a 4.5 kg Rakhi was tied to Lord Ganesha at Khajrana Ganesh temple in Indore.

Palrecha family made the Rakhi. The family has been preparing Rakhi for 18 years.

This time a 40X40-inch Rakhi was prepared. It is shaped out of Ashtadhatu. Gold and silver were used to prepare it with an idol of lord Krishna on the front.

Through this Rakhi, the message of 'Karmanyevadhikaraste Maa Phaleshu Kadachanam (Work is thy duty; reward is my concern)”.

Rescued Bangladeshi girls tied Rakhi to wrists of cops for protecting them.

In the year 2020, a racket of Bangladesh girls was busted by Vijay Nagar police for illegally crossing the border of India in different parts of the country for immoral acts.

In this, more than 20 girls were rescued from a hotel in Indore. The police were not getting any important clues from this racket, after which the police station in-charge exposed this whole racket by making two minor girls as sisters and promised to protect them.

Both the minor girls are in Indore. The station in charge of Vijay Nagar is maintaining all their expenses.

Both the Bangladeshi girls who came to the police station tied Rakhi to Tehzeeb Qazi and also told him that everyone should have such brother.

“They are brothers who protected and cared for us more than a real brother would have done in a foreign country,” they said.

The department also informed locals about Cheetah and its introduction to Kuno National Park.