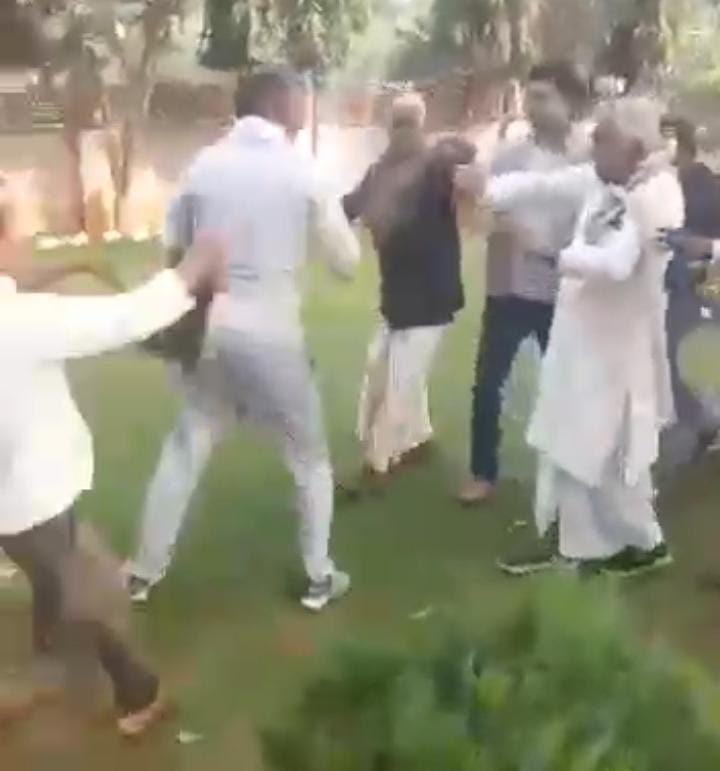 Gwalior (Madhya Pradesh): A congress leader along with his companions thrashed a person in its home over a land dispute in Maharajpura locality on Monday, Gwalior.

A video of the incident went viral on social media. The victim, Ramendra Singh Gurjar said that Congress leader Bhikam Singh Gurjar and his associates came to his house on Monday morning and beat him up badly.

Ramendra further said that the reason for the fight was a land dispute. Bhikam had a possession over a piece of land. The land belongs to Sonu Gurjar and recently he had freed that land with the help of the administration. Bhikam feels that he had helped Sonu in it. Bhikam had threatened him that he had suffered heavy loss because of the freed land.

Bhikam threatened that if he did not compensate for his loss then he would kill him, Ramendra added.

Later, the victim reached Maharajpura police station and lodged a complaint against the accused.

Superintendent of Police Amit Sanghi says that on the complaint of the victim, a case has been registered against four accused. The police started further investigation into the matter.