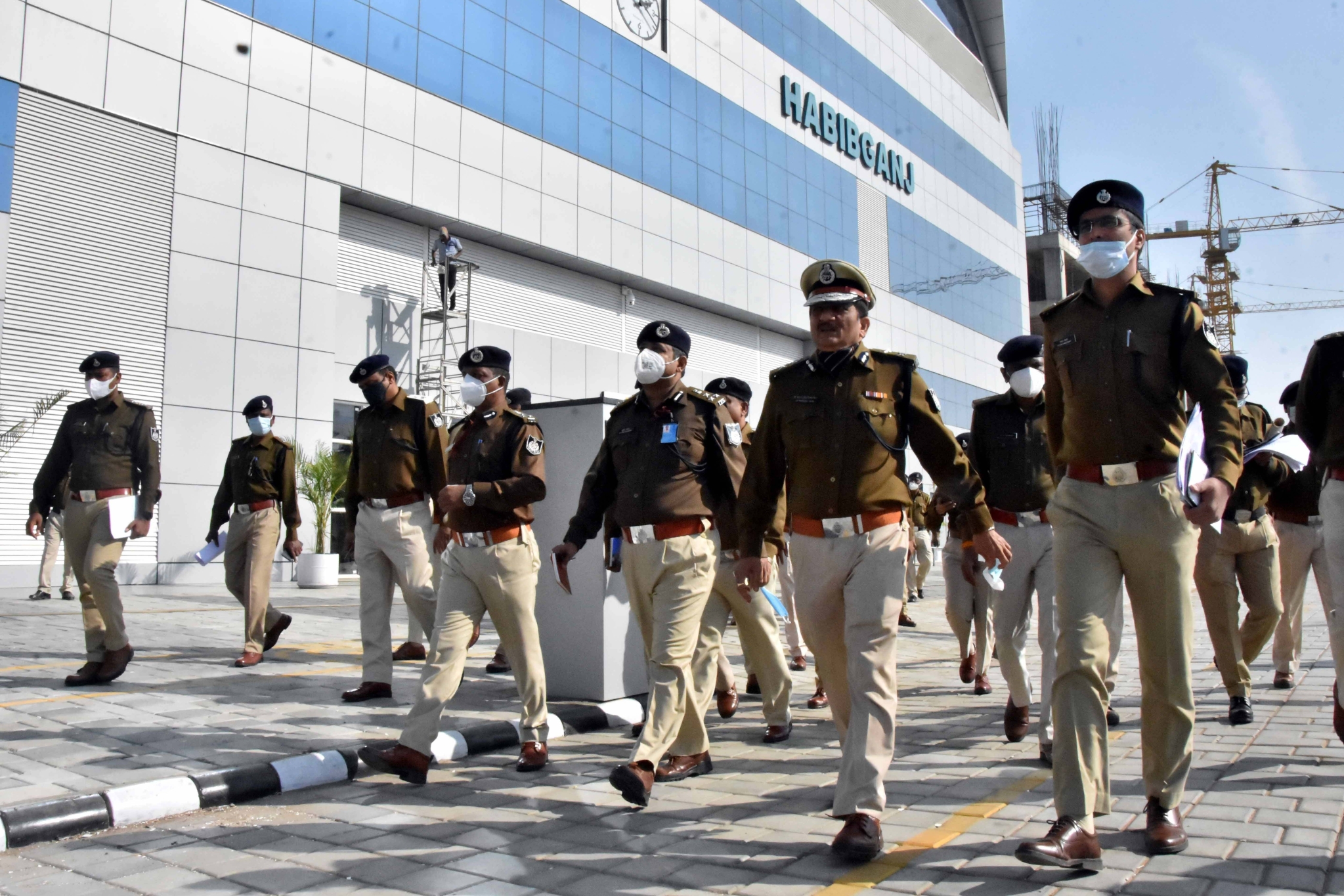 Bhopal (Madhya Pradesh): The top-heavy set up of the state police has drawn the ire of the union government. The number of IPS officers handling desk jobs in the state police is higher than the norms and those deployed in the field, lower, says an internal communication of Union Government.

Following the observation, the state government will send a new proposal to the Centre regarding enhancement in the number of sanctioned posts of IPS officers borne on the state cadre.

The Union Ministry of Personnel, Public Grievances and Pensions (Department of Personnel and Trainings) has turned down the state government's proposal to enhance the number of Senior Duty Posts (SDPs) of the Indian Police Service personnel from 166 to 190. Earlier this year, the state government had sought an increase of 24 posts (14.45 per cent) which, the DoPT said, was much higher than the stipulated 5 per cent.

Proposals for enhancements higher than 5% have to be approved by the Prime Minister, according to norms fixed by Union Government. The objections have been listed in the office memorandum, issued by Kuldeep Chaudhary, Deputy Secretary, Ministry of Personnel, Public Grievances and Pensions. The memorandum is addressed to Joint Secretary (Police-1) of Ministry of Home Affairs.

On the other hand, the state has less number of posts of IGs and DIGs than the stipulated norms. The IGs and DIGs head the police force at range and zone levels respectively and have a role to play in policing at the ground level. The number of posts of IGs is 36. The state government wants to cut these to 32. That would make the number of IGPs 16.84 per cent of the ADGPs, which is lower than the norm of 20.5 per cent.

Similarly, the number of DIG officers in the state is 22. The state wants to increase them to 28. That would make posts of this level, 14.73 per cent of the SDPs. It would still be lower than the norm of 20 per cent.

There are 87 posts of SPs in the state. The state government wants to increase them to 107, which would make it 56.31 per cent of SDP, higher than the norm of 50 per cent.

It has also been pointed out that the state is operating 56 ex-cadre posts, which is 136 per cent of the authorised 41 posts.

ADG, Administration, D Sreenivasa Rao told Free Press that PHQ received a communication from the Union Government last week. "We are working on the objections raised and we will be drawing up a fresh demand letter," he said. The letter, he said, will be sent to the Centre in a day or two.