Now BJP ministers are giving misleading statements and trying to take credit of the decision that was taken by Kamal Nath led Congress government.
Staff Reporter 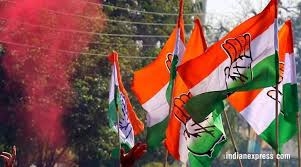 Bhopal (Madhya Pradesh): Congress has said that BJP is misguiding the people through misleading statements on OBC (Other Backward Class) quota whereas the fact is Kamal Nath government issued orders for 27% OBC reservation.

Talking to media persons on Saturday, former minister and Congress MLA Kamleshwar Patel said that BJP had an OBC chief minister for past 15 years in the state but didn’t care to provide reservation to them. “Kamal Nath government issued orders related to 27% reservation for OBCs on March 8, 2019. However, BJP through Sangh affiliates filed a petition in the court and stalled it through a stay order,” said Kamleshwar Patel.

Now BJP ministers are giving misleading statements and trying to take credit of the decision that was taken by Kamal Nath led Congress government.

“I also doubt abilities of the advocate general who took 19 months to interpret the court order correctly,” added Patel. It is very surprising that the state government was dependent on advocate general’s opinion to provide 27% reservation to the OBCs.

Patel said that BJP was not serious for socio-economic uplift OBCs. “They have locked the office of MP Backward Class Commission and is not allowing the Commission to function. To create more confusion, it has constituted another OBC Welfare Commission,” he added.