It was because of the fear of Naxals that the schools in Balaghat remained shut. Arya dispelled that fear from the minds of the residents there by launching various schemes.
FP News Service 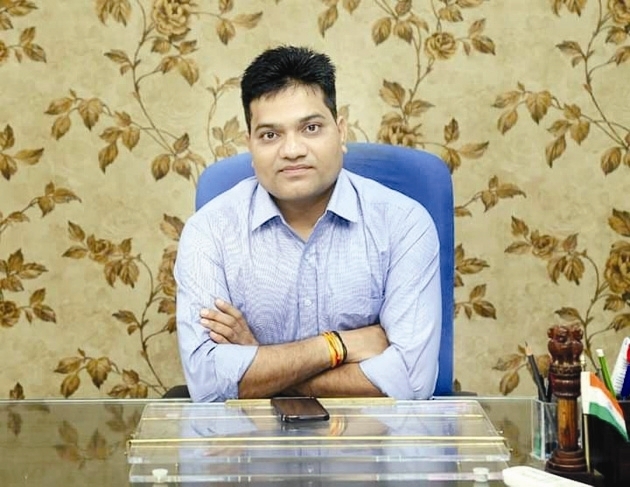 Sagar (Madhya Pradesh): Deepak Arya was the collector of Naxal-infested Balaghat district before being posted to Sagar.

It was because of the fear of Naxals that the schools in Balaghat remained shut. Arya dispelled that fear from the minds of the residents there by launching various schemes.

He reopened the schools, locals in Balaghat district said, adding that the teachers also kept away from the schools because of the fear of Naxals.

In an interview with Free Press Arya said that he had solved the problems by starting smart classes.

He further said that when he came to know that the teachers had not been going to schools for fear of Naxals he came up with the plan to start smart classes.

Teachers got themselves transferred to other places, he said, adding that he had sought the help of renowned teachers in Balaghat to solve the issue.

He got the video notes prepared for the students of class 11 and class 12, as well as installed LED TV sets in the schools in Naxal-infested areas, Arya said.

According to Arya, the students got guidance from teachers through the help pen drives.

The method was successful. Besides that, he set up several health centres and sent study material to those students who were preparing for engineering entrance tests and UPSC examinations, Arya said.

That gave confidence to the students. He further said that he had controlled the plucking of Tendu leaves to stop flow of funds to Naxals.

He brought collection of Tendu leafs under administrative control, which financially weakened the Naxals.

That forced the Naxals to come out of their hideouts in forests, and, as a result, police and CFPF personnel took action against them, Arya said.

The collector said that he was born in Gwalior and studied in Navodaya Vidyalaya in Pichhor. His father was a teacher.

He passed BE in electronics from a government engineering college in Indore and worked in an IT firm in Bangaluru.

He said that he had also been an assistant manager in ICIC Bank. In the meantime, he took the UPSC examinations and qualified.

Arya who was selected for Indian Railway Traffic System underwent training for nine months there.

In 2012, he passed UPSC examinations with higher rank and joined the IAS.

He said he had never been associated with Sagar but was the chief executive officer for two and a half years in the neighbouring district, Vidisha.

He, then, became the collector of Balaghat where he had created a market for the local products.

That policy had been adopted at the administrative level in Madhya Pradesh, he said, adding that there are certain items which are produced in Balaghat.

Arya said he had chosen the ornaments, clothes and foods made by the Baiga tribe in various parts of Balaghat district and made a cluster for those articles.

He then set up a hall near Kanha National Park and ensured that those items were kept there.

The tourists, visiting the national park, also had a glimpse of the hall and liked those products, Arya said, adding that the state government appreciated his idea to sell local products.

He further said that as collector of Balaghat he had organised industrial investors’ meet.

A memorandum of understanding worth Rs 4,200 crore was inked and projects worth Rs 700 crore implemented at grass-roots level, Arya said.