In the aftermath of the accident, a large number of farmers from a nearby village gathered at the site and blocked traffic on the road.
Staff Reporter 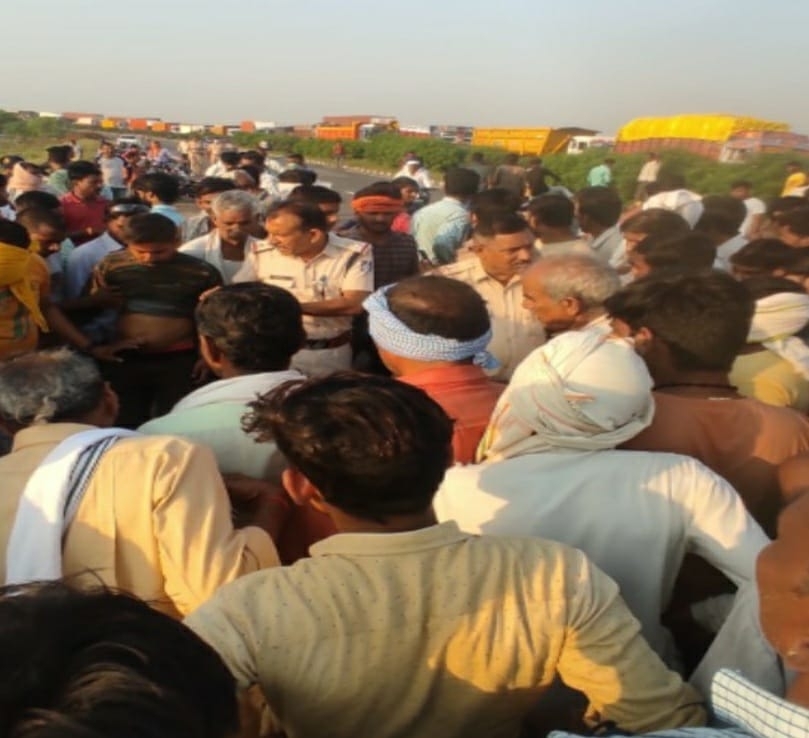 Gwalior/Morena (Madhya Pradesh): A farmer died on the spot and his wife sustained severe injuries on the Behta bypass on Friday evening, when a dumper hit the couple, the police said.

In the aftermath of the accident, a large number of farmers from a nearby village gathered at the site and blocked traffic on the road.

The incident caused so much anger among the villagers that they laid the body of the dead farmer Prem Narayan and stopped the vehicles coming from Jhansi, Agra and Etawa.

Locals said Prem Narayan and his wife Anguri Bai were returning home from their farmland.

The angry villagers said they would not leave the spot until the collector Kaushalendra Vikram Singh was called there.

The blockade continued for three hours leading to traffic gridlock on the highway.

On getting information, the police rushed to the spot and brought the situation under control.

Although the farmers called off the blockade the traffic jam continued, the police said.

In trying to get out of the traffic bottleneck, many commuters haphazardly put their vehicles. That created more confusion, the police said.

In the meantime, a container went out of order, and as it stood in the middle of the road, there was no way out for the commuters.

It was chock-a-block situation for everyone present there.

Most of the commuters were stuck up in the traffic congestion.

The police registered an FIR against 50 villagers for blocking traffic.

Senior police officers tried to pacify the angry crowd but they barely paid attention to the advice of the policemen.

The farmers stuck to their guns over calling the collector to the spot. The policemen then called the Tehsilder.

After three hours of efforts by the policemen, the villagers agreed to lift the blockade. The police registered a case against the dumper driver.