A BJP worker faces cops’ fury after police resorted to cane charge to bring situation under control at a polling booth in Indore on Wednesday. | Pintu Namdev

Bhopal (Madhya Pradesh): Voting was held in 11 municipal corporations, 36 municipalities and 86 municipal councils of the state for the first phase on Wednesday. Till evening, 61% votes were cast in the state as per the state election commission.

Male voters were more enthusiastic than woman counterparts. As per state election commission figures till the evening, as many as 63.20% male voters cast their votes in comparison to 59.10% of woman voters.

Congress MLA Suresh Raje's car was pelted with stones outside the polling booth in Dabra Municipality of Gwalior. A colleague of the MLA was injured.

The incident took place outside the polling booth of Ward 11. The MLA alleged that the attack was carried out by BJP candidate Dharmendra Singh and former minister Imarti Devi.

In Bhopal, BJP leader Sunil Pandey was allegedly attacked by a group. In the attack, his car was damaged. An FIR was lodged and the party leaders staged a dharna demanding arrest of the culprits.

State Election Commissioner Basant Pratap Singh refused to extend the voting time due to rain. "The demand for an extra hour of voting in Gwalior came up, it rained at 12.30 in the afternoon. It stopped raining since 2 o'clock," said Singh. BJP State General Secretary Bhagwandas Sabnani demanded one hour increase in polling time due to rain at many places, including Gwalior, which the commission refused.

The commissioner said that out of about 35000 EVMs, the percentage of defective machines is 0.3%. The number of these EVMs is less than 50.

Eklavya Singh Gaur, son of former mayor and MLA Malini Gaur, and his aides thrashed mandalam president of Congress Sunil Singh Solanki allegedly for stopping them from casting bogus vote. Meanwhile, BJP activists and Congress activists clashed with each other after BJP candidate Chandu Shinde allegedly misbehaved with female voters. He was gheraoed by women and later police had to resort to lathi charge at Heera Nagar police station.

Around 59.53% and 76.55% voters electorates exercised their franchise in Ujjain Municipal Corporation and Barnagar Municipal Council elections, respectively, on Wednesday. In Barnagar, elections were held for 18 ward representatives. Barring some minor incidents of rigging and clashes, polling was by and large peaceful and smooth. 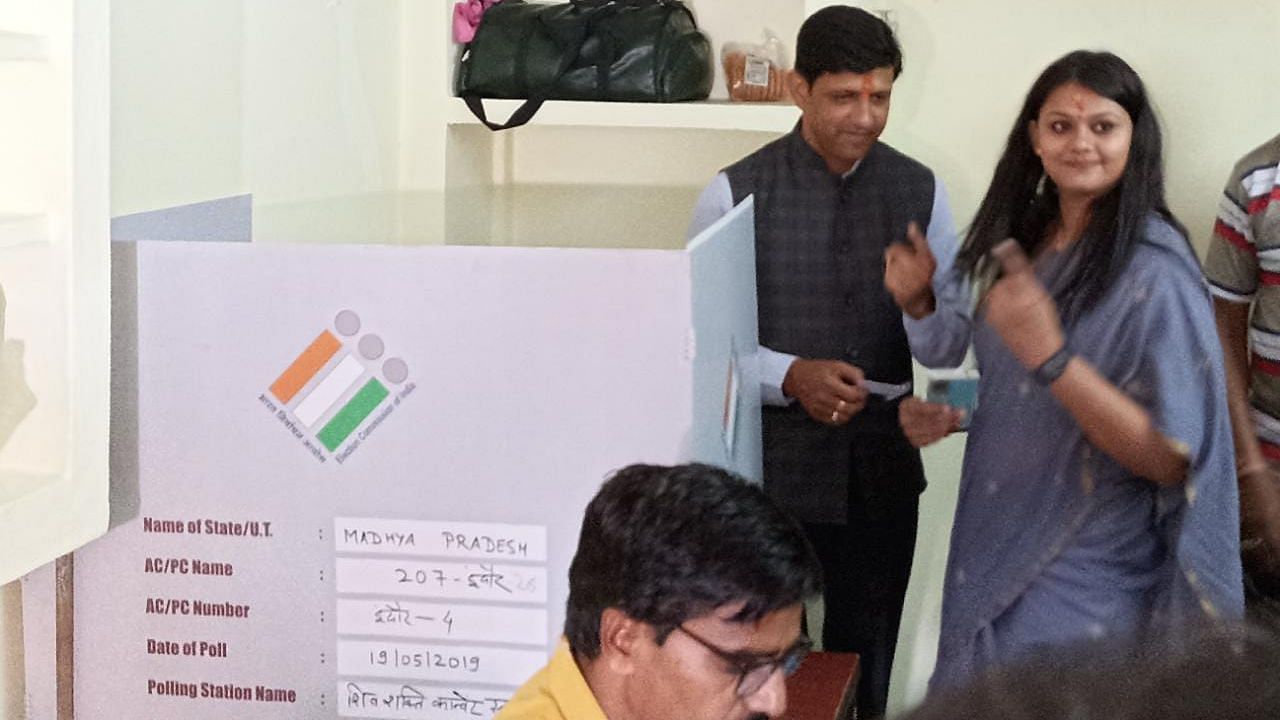