The case would have been handed over to the CBI, but it is not possible to retry sample, observes HC.

Bhopal (Madhya Pradesh): The principal bench of the High Court, Jabalpur, has instructed the state-level vigilance and monitoring committee to transfer several police officials to far-flung areas for tampering with forensic evidence (DNA sample) in a rape case so that they cannot influence witnesses.

Justice Vivek Agrawal made the observation that this court would have handed over the case to the Central Bureau of Investigation (CBI) in view of the conduct of the police personnel but it was not possible to retry the sample. Therefore, the involvement of the CBI does not appear to be of immediate help in protecting the rights of the victim.

Therefore, instead of handing over the case to the CBI, it directed that the officials concerned be transferred to far-flung areas so that they cannot influence the witnesses.

The decision of the court came after it found tampering of the DNA samples in a rape case by police constable Ajay Sahu.

According to reports, a woman had lodged a rape case under the SC/ST Act and other relevant sections against constable Sahu, a resident of Jabalpur, posted in Chhindwara district. According to the complaint, the accused also made the victim go in for an abortion of an 8-week foetus in the district hospital, following which he was arrested on November 13, 2021.

The DNA sample of the victim was not stored properly. ADGP, Jabalpur Zone, Umesh Joga submitted the report to the high court on April 20. After that, the high court found that civil surgeon Surana had provided wrong information to the court. The ADG signed the report without examining it. Neither was the statement of the staff nurse recorded in it, the court added.

The court further said that the accused was a policeman. So, it could not be ruled out that higher-up officials were trying to save him. The court cancelled the bail plea of the accused constable and directed the chief secretary, Madhya Pradesh, to take immediate action against the guilty officers. 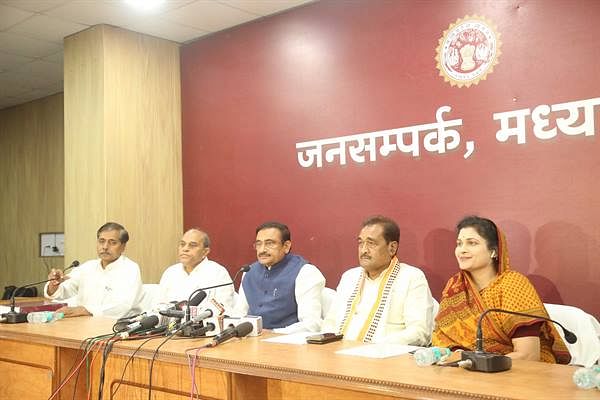