AAI officials reached Gwalior for a meeting with the district administration to identify land for construction of an airport there.
FP News Service 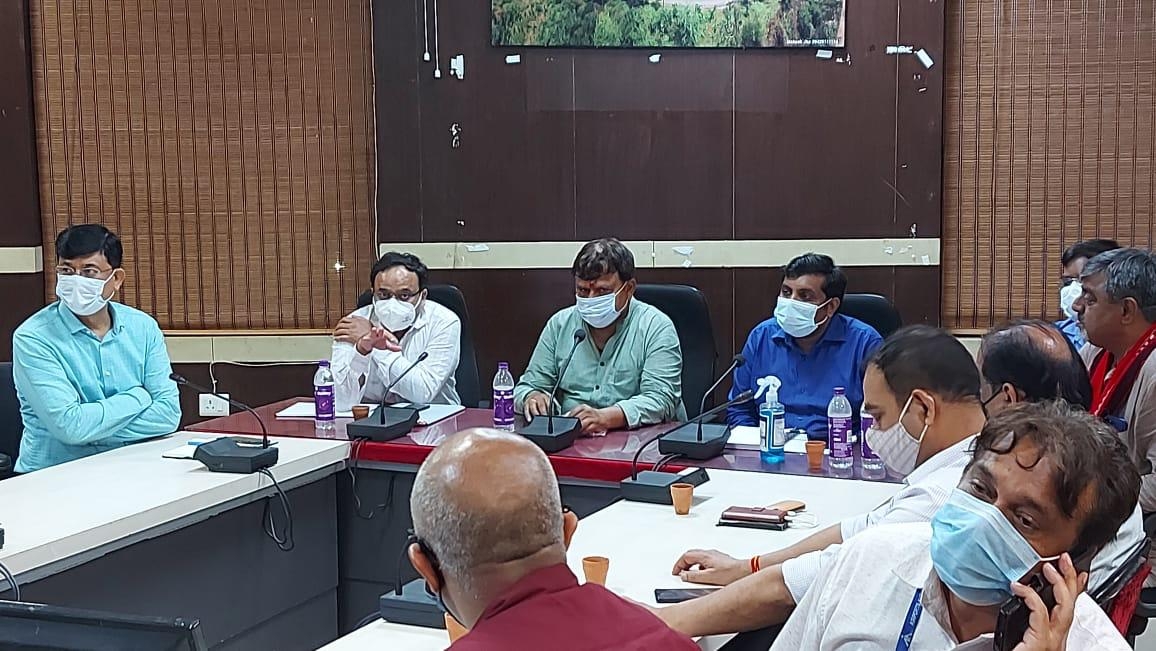 File photo of the meeting held at Collectorate on Sunday |

The Congress has put a question mark on it.

Both the commissioner and the collector Gwalior also took part the meeting on Sunday evening.

Congress spokesperson Narendra Saluja accused personal assistant and OSD to union aviation minister Scindia’s Purushottam Parashar of giving instructions to the officials of the AAI and those of the district administration.

The AAI officials had reached Gwalior for a meeting with the district administration to identify land for construction of an airport there.

At present, the AAI is using the airport of the Indian Air Force for operation of passenger planes.

Besides the AAI officials and those of the district administration, state Energy Minister Pradhuman Singh Tomar and Parashar Sharma took part in the meeting.

“Though the other public representatives were absent from the meeting, PA to Scindia Purushottam Parashar was seen instruct the officials of AAI and those of the district administration,” Saluja tweeted.