Congress workers are celebrating Kamal Nath’s birthday, which is due on November 18.

Chhindwara (Madhya Pradesh): BJP has accused former chief minister Kamal Nath of hurting religious sentiments by cutting a cake designed in the shape of a temple. Congress workers are celebrating Kamal Nath’s birthday, which is due on November 18. In this series, the congress leader cut a cake in Shikarpur, Chhindwara on Tuesday. This cake has now landed him in a controversy.

District BJP president, Vivek Bunty Sahu held a conference on Wednesday where he alleged that Kamal Nath is playing with Hindu faith. He said, “Kamal Nath might have built a Hanuman temple but he has no faith in it. He and his family are often caught in incidents of hurting Hindu sentiments.”

BJP has also posted a video of the State Congress Chief cutting the cake. The cake is modelled like a temple and also has a picture of Lord Hanuman. Senior Congress leader Bhupendra Gupta can also be seen in the video. BJP has demanded the administration to take strict action against Kamal Nath.

Read Also
Chhindwara: Desh Jodo Yatra can be taken out in India only, says Kamal Nath 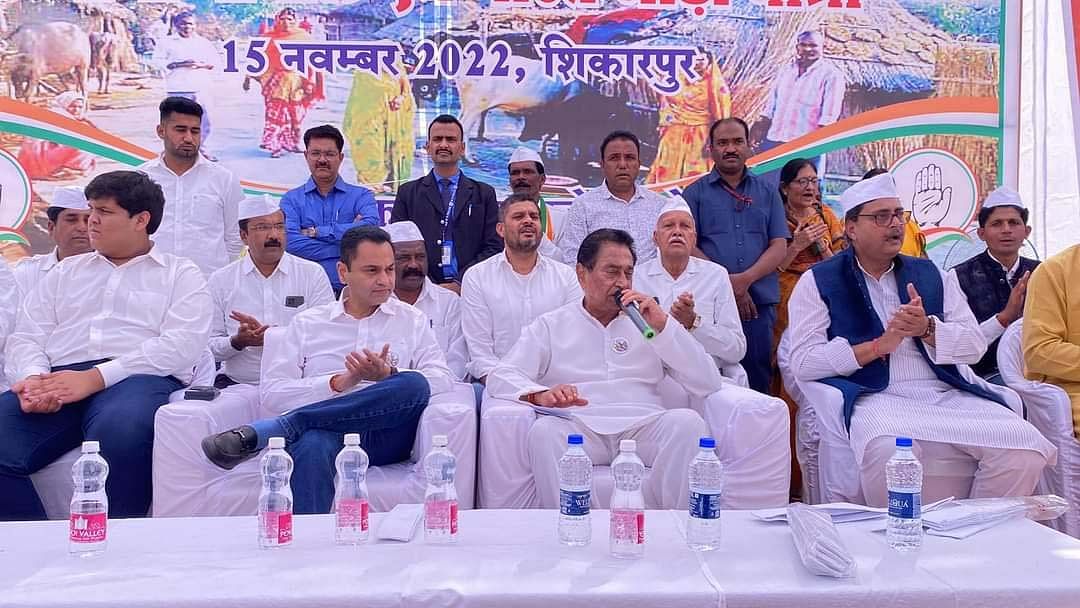