The incident took place in MP Nagar area when the girl was returning from the youth’s birthday party.
Staff Reporter 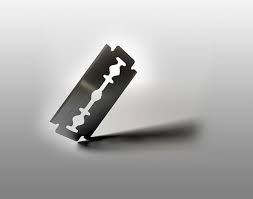 BHOPAL: Police have arrested two men for allegedly slashing a girl’s face with a blade and verbally abusing her in MP Nagar. The girl was known to one of the accused who was irked as the girl was not receiving his calls.

The incident occurred near Chittod complex on Wednesday night, said police. She lodged a complaint on Thursday evening.

The 21-year-old victim, a resident of Zone 1 in MP Nagar, told police that she had come in contact with the accused Arif, through her friend Mahak a few months ago.

MP Nagar police said the girl had gone to Arif’s birthday party in the Ashoka Garden on Wednesday. They got drunk together and returned to MP Nagar. The victim and her friend Mahak were on a two-wheeler while Arif and his friend Salim were on another two-wheeler.

As they reached near her apartment, Arif asked the girl as why she was not receiving his calls. The girl told him that she does not want to talk to him and that she had come to his party only to accompany Mahak.

According to police, the girl’s answer led to an argument and Arif and Salim began hurling abuses at her.

Arif took out a blade and slashed her face with it while his friend Salim kicked on her two-wheeler. The duo fled the spot after the incident. The girl went to hospital for treatment.

The girl reached police station on Thursday and lodged a complaint. Sub inspector RK Mishra of MP Nagar police station said the accused were booked under relevant Sections, have been arrested and sent to jail on Friday.

Bhopal: Man violates woman, extorts cash, jewellery worth Rs 1.25cr from her on pretext of marriage