Were taking bath when the incident occurred
Staff Reporter 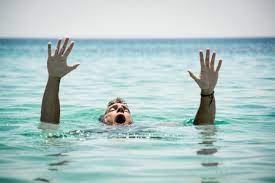 BHOPAL/BHIND: Four minors were drowned and one feared missing in a pond where they were taking bath in Bhind district on Sunday. Besides them, a youth died in Chhindwara while immersing idol at an undesignated spot on the day. The Bhind police said the deceased were identified as Sachin 11, Abhishek Kushwaha 13, Harshit Rajawat and Prashant 13, all residents of Mehgaon.

According to police, the incident occurred between 4:30 and 4:45 pm, when they were taking bath inside the pond. The incident occurred near Vankhandeshwar temple in Mehgaon, said the police. An idol immersion was also being done at a short distance from the area and police are trying to confirm whether the children had gone there for immersion or were only taking bath. According to in-charge of Mehgaon PS DBS Tomar, the children were taking bath in the village pond with their friends. As they began to drown, their friends informed divers around and they were brought out. They were declared dead on arrival in a nearby hospital.

He further said their friends also informed about another minor boy, who was with them at the time, but is missing now. We have launched a rescue operation to confirm it, added the cop. The state government has issued directives for safety at visarjan ghats, but locals alleged that such measures were not adopted around. In Chhindwara, a 21-year-old youth died while immersing Ganesh idol. He was identified as Rahul Saini, who had gone to Ambara area. Saini along with his friends was immersing idol in an undesignated spot and drowned around 04:30 pm. The body was fished out by a team of civic body and sent for postmortem.