The bike of accused engineer was lifted by traffic van from no parking area near Jyoti Talkies, MP Nagar. The traffic sub-inspector asked the engineer to show documents and pay fine of Rs 600.
Staff Reporter 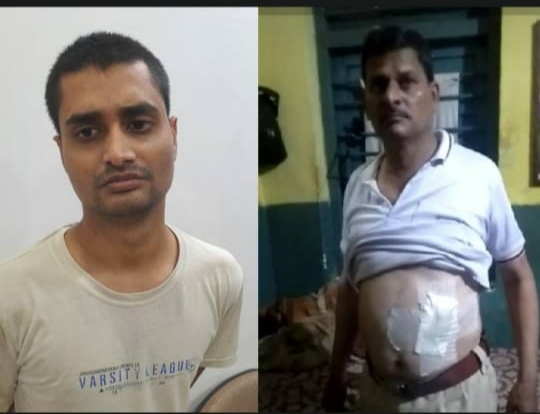 Bhopal (Madhya Pradesh): The traffic sub-inspector (SI), who was stabbed by an engineer on August 7, succumbed to injuries on Friday. He was undergoing treatment at a private hospital in the city.

According to information, the bike of accused engineer Harsh Meena, 27, was lifted by a traffic crane from a no parking area near Jyoti talkies area and taken to MP Nagar police station premises.

Meena went to MP Nagar police station and met Traffic SI Shriram Dubey, who asked him to show documents of the vehicle and also pay a fine of Rs 600.

As Meena was neither carrying documents nor carrying money to pay the fine, his bike was not released. He went back home and returned with documents and money. He also brought a knife, which he purchased online.

While Dubey was leaving from the MP Nagar police station premise, Meena stopped him at the gate and stabbed him in the abdomen below the chest.

The accused tried to escape, but he was detained. Dubey was rushed to JP Hospital, from where he was discharged after a fast-aid.

As he complained of pain, he was taken to LBS hospital. According to information, Dubey was referred to Bansal Hospital on Thursday evening after his condition deteriorated.

In-charge of MP Nagar police station, Sudhir Arjaria said that section 302 had been included in the case. “The accused was arrested soon after the incident. He was sent to jail after being produced in the court,” he said.