Bhopal(Madhya Pradesh): Nine police personnel including three sub inspectors (SI) and three assistant sub inspectors (ASI) were shifted to other police stations and to the police line on Wednesday.

The office of deputy commissioner (headquarters) shifted the officers following the direction of district in-charge minister Bhupendra Singh Thakur. All these cops were posted in two police stations under the Huzur Assembly constituency.

As per official, the BJP MLA Rameshwar Sharma had submitted a report to the in-charge minister after getting feedback from local public regarding the functioning of the police personnel in the constituency.

Only two days back Chief Minister Shivraj Singh Chouhan had instructed DGP of Madhya Pradesh and other senior police officers to prepare a list of corrupt officers and ensure that they were not given field posting. It is not known if the cops figured in the report of the MLA were shifted over corruption or other policing issues. It is after a long time a number of cops have been shifted to the police line in a single day in Bhopal.

DCP Vineet Kapoor told Free Press that on the recommendation of the in-charge minister, ASI Mohammad Like posted in the office of deputy commissioner office zone-4 is shifted to Chuna Bhatti police station, similarly ASI Shrikant Dewedi posted in Bairagarh is shifted to Nishatpura police station. 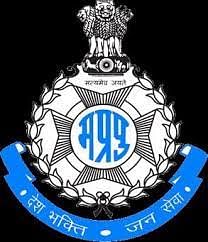